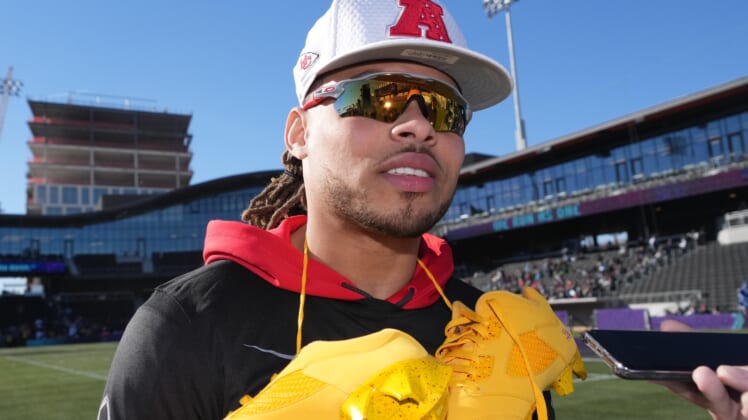 The New Orleans Saints made an aggressive push to sign Tyrann Mathieu after the 2022 NFL Draft and now it appears the All-Pro safety is headed home.

Mathieu, a New Orleans native, received interest from multiple teams this offseason. A leader in the Kansas City Chiefs defense for years, a departure from his former team became evident after they signed Justin Reid.

After exploring his options for several months in free agency, Mathieu waited until after the NFL Draft to see which team was the best fit. Now, weeks after visiting New Orleans, NFL Network’s Ian Rapoport reports the two sides are closing in on a contract.

It’s the perfect landing spot for the 5-foot-9 defensive back. He grew up in New Orleans and emerged as a four-star recruit at St. Augustine high school. Mathieu later became a household name with the LSU Tigers, before a rough exit that seemingly served as a wakeup call to save his future.

While Jalen Ramsey recruited him to sign with the Los Angeles Rams this summer, Mathieu seemed to be destined for a deal with the Saints. He’ll now return to an excellent defense, providing a boost in the secondary and serving as a leader on the field.

Before signing Tyrann Mathieu, Daniel Sorensen was set to play a meaningful role in the New Orleans Saints’ defense this season. Fittingly, Sorensen is the same player who served as a fill-in safety at times for the Chiefs whenever Mathieu wasn’t on the field.

New Orleans already had one of the best defenses in the NFL. Across 17 regular-season games, the Saints allowed the fifth-fewest yards per play (5.1) and allowed the third-lowest scoring drive rate (32.3%) to opponents. Now, the unit could be even better.

Mathieu brings a lot to the table for defensive play-caller Dennis Allen. Entering his age-30 season, Mathieu often operates as a coach on the field who can help teammates get lined up in the right spots. It’s a role he took on even more in Kansas City, at times showing visible frustrations over busted coverages and missed assignments. It likely won’t be as much of a problem in New Orleans.

The 5-foot-9 safety will be rotated around the field, oftentimes dropping back in coverage. While he struggled against the run this past season (47.4 PFF grade), playing with a better front seven could make a difference. It’s also worth noting that he played much better in 2020, registering a 70.3 run defense grade with 15 stops.

New Orleans didn’t have much cap space to work with this offseason, limiting its ability to add talent. Fortunately, Mathieu’s desire to return home and his interest in playing on a better defense helped inject some much-needed talent onto the roster.