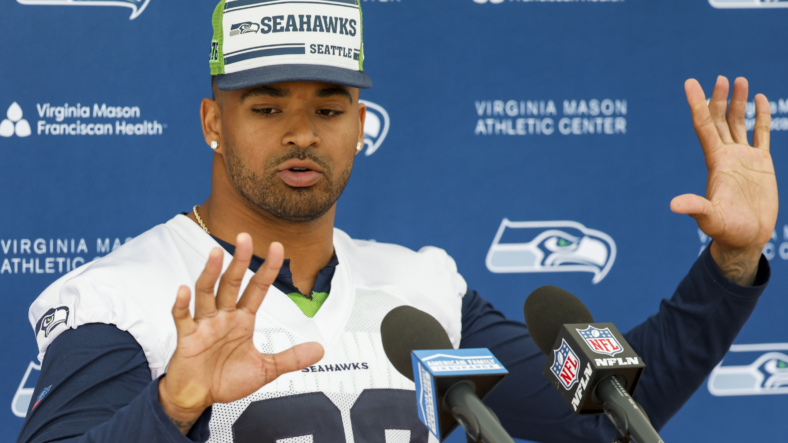 Seattle Seahawks star safety Jamal Adams was already banged up heading into Monday’s season opener against the Denver Broncos with a broken finger.

It didn’t take even a half before the All-Pro defender was forced from the game due to a knee injury that required him to be carted off the field. Adams did not look too happy as he was exiting the game.

Officially, Adams was listed as doubtful to return. However, it’s hard to imagine him being able to return in this one. The former LSU star will undoubtedly get further testing on the injured knee.

Despite some struggles with the Seahawks last season, Adams has proven himself to be among the best all-around defenders in the NFL since entering the league as a first-round pick of the New York Jets back in 2017.

Adams, 26, missed five games to injury last season and four games in his first run with Seattle back in 2020. Injuries have been somewhat of a concern since he played in all 16 games each of his first two seasons in the NFL.

When on the field, Adams acts as both a table setter and someone who can make a game-changing play on a consistent basis. For a young Seahawks defense, this is no small thing.

In his first season with the Seahawks, Adams recorded 9.5 sacks. That number stood at zero in 2021 as he dealt with a plethora of health issues. As for this latest injury, we’ll have updates when they become available.