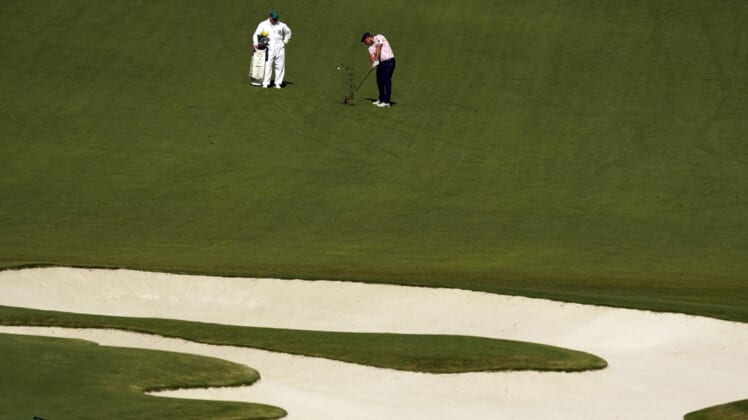 Bryson DeChambeau came to Augusta National this week to win The Masters, but he said Tuesday he knows he’ll have to count on more than his awe-inspiring drives if he’s going to earn his first green jacket.

He’s going to have to master the approach shots to the green, he said.

“The most important thing about Augusta National, is it doesn’t test just the driving. It tests your second shots, it tests the third shot,” he said. “I think that’s what’s so special about here is that you have to have every facet of your game working really, really well.”

DeChambeau, 27, is ranked No. 5 in the world, but oddsmakers like his chances to win his second major and ninth tournament overall this week.

He said he is taking what he learned in November at the delayed 2020 Masters into this week.

“I’m going to be focusing mainly on accomplishing how do I hit iron shots into greens to give myself the best chance to give myself the ability to make birdie,” he said. “There was a lot of times last year where I hit decent enough drives, but I just didn’t feel like I was hitting shots in the correct quadrants of the greens or giving myself opportunities on par 5s like I should have.”

DeChambeau won the U.S. Open at Winged Foot in September and the Arnold Palmer Invitational in March, and he has five Top 10 finishes on the season.