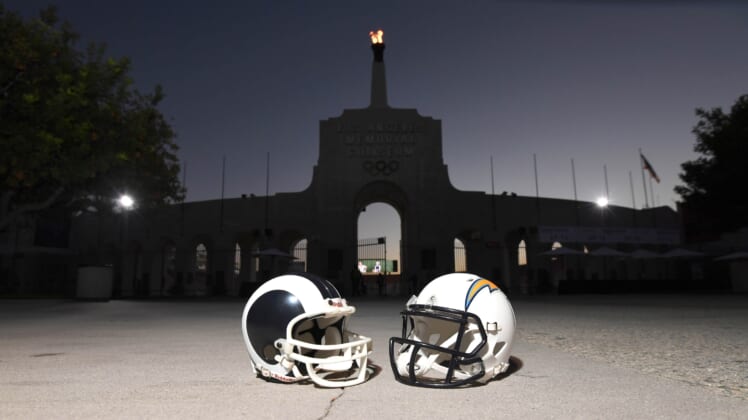 Ever since the NFL partnered with HBO for the documentary series Hard Knocks, the show has been a massive hit among sports fans. The first episode of this year’s Hard Knocks premiered on Tuesday night, but it clearly didn’t deliver the ratings the NFL or HBO hoped for.

The NFL excitedly announced in June that this season of Hard Knocks would feature two teams for the first time. Even with the COVID-19 pandemic creating an unprecedented storyline for training camp, it appears that wasn’t enough to make the Los Angeles Chargers and Los Angeles Rams interesting to NFL fans.

There is nothing football fans love more than an exclusive look inside NFL teams during the heat of the summer with dreams and legacies on the line. When you add in drama, it drives even more ratings as we saw last year with the Oakland Raiders, which drew massive numbers.

HBO and NFL Films did everything they could leading up to this week’s season premiere to tease Hard Knocks. They teased Sean McVay wearing a face field and released a trailer to draw attention for the upcoming season. Los Angeles Rams quarterback Jared Goff even helped out by showcasing how close the cameras got during his COVID-19 test.

When the season premiere finally aired, Hard Knocks seemingly fell flat on its face with what might be one of its lowest ratings ever.

It’s certainly not the number the NFL or HBO were hoping for. The league saw the hunger for football content this offseason when the 2020 NFL Draft drew record viewership numbers, providing hope that ratings would be through the roof this fall.

The season premiere of Hard Knocks focused heavily on COVID-19, with both teams going through protocols and undergoing testing. Because league rules currently forbid teams from practicing, we only saw players casually take part in walkthroughs.

It also doesn’t help that there will be zero preseason games this year, taking away another exciting element of training camp and a great chance for HBO to go behind the scenes.

Ultimately, the biggest problem might be the NFL’s selection of the teams. Neither team has developed a real following in Los Angeles and it’s an even bigger problem for the Chargers.

The Chargers have played their home games at Dignity Health Sports Park in Carson, California, since they relocated to Los Angeles in 2017. The stadium only boasts a 27,000-seat capacity and the team still struggled to fill it.

There’s a reason Peyton Manning savagely trolled this team when asked about playing in an empty stadium. Unfortunately for the NFL and HBO, this season’s ratings for “Hard Knocks” might be just as barren as a Chargers’ home game.