Frank Gore has delighted the football world since he entered the league as a third-round pick. With the 2021 season approaching, NFL fans are hoping the future Hall of Famer returns for his 17th season.

Gore, who turned 38 on May 14, spent the 2020 season with the New York Jets. One of former head coach Adam Gase’s favorite players, the veteran running back served as a mentor for the Jets’ young roster and still played significant snaps as a 37-year-old.

Many football fans kept an eye on Gore this offseason, hoping the beloved running back would find a home. But the 2021 NFL Draft is in the rearview mirror and as mandatory minicamp approaches, he still isn’t signed.

With Gore open to playing in 2021, let’s take a look at the three best landing spots for the free-agent running back.

This is the ending to a legendary career that everyone wants. San Francisco took a chance on Gore in the 2005 NFL Draft and he rewarded them by becoming an icon. After showing flashes in his rookie season, racking up 608 rushing yards and averaging 4.8 yards per carry, Gore became the 49ers’ featured back in 2006 and carried this offense for years.

While the two sides parted ways in 2015, there is still a close relationship. Gore had some influence in the team’s decision to draft Trey Lance and likely has a future with the organization after he retires. But it would be great to see him make one last run with this team. The depth chart is crowded with Raheem Mostert, Trey Sermon, Wayne Gallman and Elijah Mitchell, but bringing back Gore and allowing him to have a small role would be a fitting conclusion. 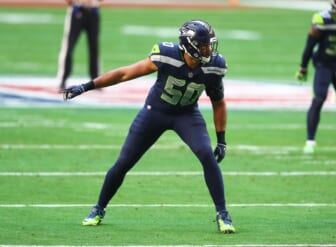 If Gore wants a better shot at making a roster and s interested in competing for a Super Bowl, Baltimore becomes an intriguing landing spot. J.K. Dobbins will be the Ravens’ featured running back in 2021, but this run-heavy offense could always use depth at the position.

This team doesn’t have a veteran in the backfield and Dobbins could benefit from a mentor. Plus, as we saw with Mark Ingram, Baltimore likes having a back with some power to constantly mix things up. Gore would likely have a clearer path to carries in Baltimore than San Francisco and a better shot at making the playoffs.

If Gore never plays another snap, he’ll still be inducted into the Pro Football Hall of Fame. He ranks third among the all-time leaders in rushing yards and is a member of the NFL 2010s All-Decade Team. But there are a few small additions that Gore could sprinkle on top of his resume.

He currently is tied with Ottis Anderson in all-time rushing touchdowns, just one shy of Corey Dillon. If a team is willing to bring him in as a goal-line back, Gore could do some damage on the all-time list. Scoring just five touchdowns in 2021 would move him past Marshawn Lynch (85) for the No. 15 spot in NFL history.

Kansas City can offer Gore that opportunity and it can do even more. Of all the teams with a potential need at running back, the Chiefs offer the clearest path to a potential Super Bowl. While Gore isn’t a ring chaser, ending his career by hoisting the Lombardi Trophy would be an incredible way to go out.