Floyd Mayweather has announced that he will enter TMT Racing into the 2022 Daytona 500 with Kaz Grala driving the No. 50 car. Here are some initial thoughts. 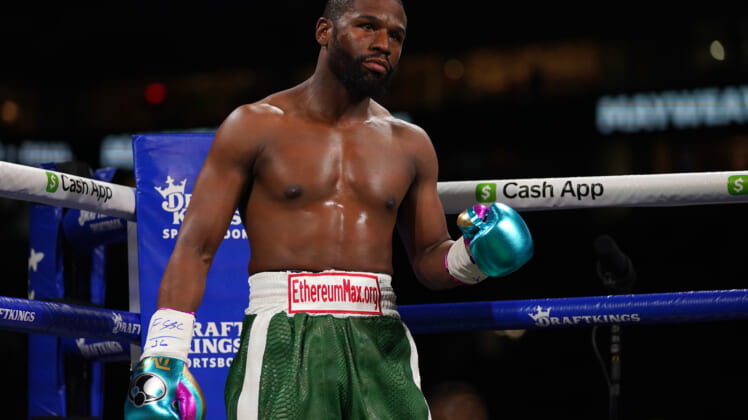 It has been rumored for a few years, but it has finally been announced. Floyd Mayweather Jr., a boxing legend, will enter TMT Racing (The Money Team Racing) into the 2022 Daytona 500 and run select races during the season.

Mayweather is the official owner of the team with the No. 50 as the car’s number. Kaz Grala has been selected as the driver for the Daytona 500. However, the team will need to qualify for the race due to having no charter.

Grala, 23, ran the 2021 Daytona 500 with Kaulig Racing and finished in 28th place. The 23-year-old driver also ran two other races with a best finish of sixth place at Talladega Superspeedway. Grala will also run part-time with Alpha Prime Racing in the NASCAR Xfinity Series.

TMT Racing will field a Chevrolet with sponsorship from Pit Viper, which is a sunglasses manufacturer based in Salt Lake City. Veteran crew chief Tony Eury Jr. will be the team’s crew chief for the Daytona 500.

As mentioned above, TMT Racing will run select events throughout the 2022 season. Mayweather joins the sport a year after another sports legend, Michael Jordan, teamed up with Denny Hamlin to create 23XI Racing.

In the press release, Mayweather admitted that NASCAR will not be easy, but moving into NASCAR is the perfect fit for his brand moving forward. Grala also said how honored he was to be the driver for Mayweather’s entrance into NASCAR.

Over the years, NASCAR has grown in popularity with polarizing figures such as Bubba Wallace and Michael Jordan being connected with the sports. Floyd Mayweather’s entrance makes this even better.

Mayweather finished his boxing career 50-0, which is coincidentally his team’s car number, and arguably remains one of the best boxing legends of all time. If people like Mayweather and Jordan enter NASCAR, it should be taken seriously by those outside of the sport.

While we do not know how many races the organization will run and how many seasons it will last, another popular name in NASCAR further hints at the positive direction the sport is starting to take.