The father of late NHL defenseman Steve Montador has filed another wrongful death suit against the league, TSN reported Friday.

Paul Montador filed the lawsuit Tuesday in Cook County in Chicago. The new suit comes almost a year after a U.S. federal court judge dismissed a long-running case. Judge John Z. Lee said that while part of the suit should have been pursued in arbitration because of the collective bargaining agreement, Montador’s father could sue the league for negligence in state court.

Lee wrote in his judgment last Nov. 24 that Paul Montador could file suit on the grounds that the NHL “promoted a culture of violence” and told the player brain trauma he suffered as a result of multiple concussions wasn’t dangerous, TSN reported. 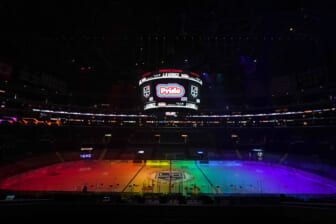 Also Read:
NHL’s Luke Prokop will donate $10 for every shot this season

In the latest lawsuit. Paul Montador alleges his son sustained “thousands of sub-concussive brain traumas and multiple concussions, many of which were undiagnosed and/or undocumented,” per TSN.

The Chicago Blackhawks were the final stop in Steve Montador’s nine-season NHL career in the 2011-12 season. He was found dead in his home Feb. 15, 2015, in Mississauga, Ontario, of an undisclosed cause.

He donated his brain to the Canadian Sports Concussion Project, and researchers found he suffered from degenerative brain disease. He was shown to have suffered 19 concussions.