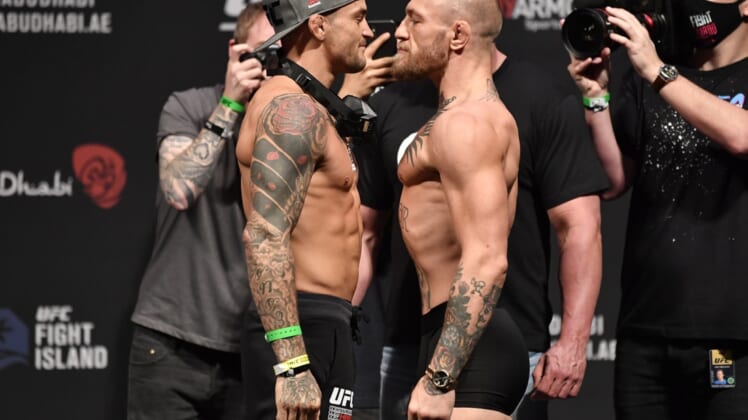 Dustin Poirier and Conor McGregor appear to be on the fast track toward meeting in the octagon for the third time.

Multiple media outlets reported Friday that Poirier (27-6) officially signed his contract to fight McGregor at UFC 264 on July 10. The location of the fight has yet to be announced, although MMA Junkie reported UFC president Dana White was eyeing T-Mobile Arena in Las Vegas.

McGregor (22-5) reportedly agreed to the fight weeks ago, however the Irishman has yet to sign for the bout. McGregor, 32, previously said that he wanted another shot at the 32-year-old Louisiana native after losing to him in January, courtesy of a second-round TKO at UFC 257 in Abu Dhabi.

McGregor won the first encounter between the two with a first-round TKO at UFC 178 in 2014.