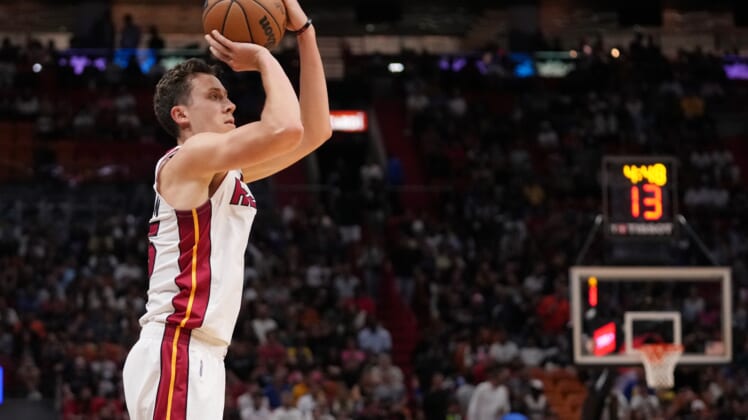 Duncan Robinson’s standing with the Miami Heat has taken a hit. In what was the first season of a five-year, $90 million deal, the lethal perimeter shooter dipped in efficiency. Furthermore, he fell out of the team’s playoff rotation in favor of Max Strus, Gabe Vincent, and Victor Oladipo.

After a grueling seven-game Eastern Conference Finals series loss to the Boston Celtics, the Heat are in a stagnant spot. Moving Robinson, who wasn’t as essential to their operation as he was in previous seasons, could be in the cards.

Here are three ideal trade destinations for Robinson this summer.

Duncan Robinson to the Minnesota Timberwolves

While the Timberwolves exhibited the potential to be a Western Conference powerhouse this season, they were also extremely inconsistent; they need to sharpen their roster. Robinson would be an impactful pickup for head coach Chris Finch’s offense.

Yes, the Timberwolves attempted the most three-pointers and were one of the better shooting teams in the NBA this season. At the same time, there’s merit behind strengthening a strength, especially in Robinson’s case. The 28-year-old is one of the premier spot-up shooters in the league and would complement the team’s foundation. 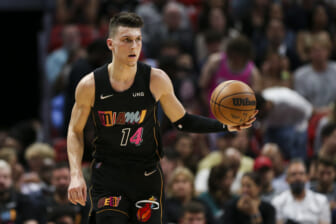 Robinson roams around the three-point line and is adept at making off-balanced shots from said range. In doing so, he stretches the floor for Anthony Edwards and D’Angelo Russell to play in isolation, which allows star big man Karl-Anthony Towns to operate from the inside out.

Minnesota can internally replace Beasley with Jaylen Nowell, and Leandro Bolmaro. Meanwhile, Miami gets fresh blood and a capable starter in Beasley. All that said, the Timberwolves may prefer to stay the course with their current rotation working under the mindset that they’ll build on their playoff appearance.

There are infinite offseason outcomes for the Knicks because they don’t have a clear path forward. Acquiring Robinson represents a way for New York to complement its two best players and attempt to right the ship on a disappointing season.

New York was a middle-of-the-pack shooting team this season. While they need another go-to scoring option, Robinson would be a tremendous fit in-between RJ Barrett and Julius Randle, who each attack the rack. Robinson plays in-between the two, stretching the floor for head coach Tom Thibodeau’s offense and providing some clarity out on the wing.

A year ago, New York found success with Reggie Bullock, a primary shooter, playing in-between Barrett and Randle. The recently extended Randle had his best season under that model. New York essentially gets back to that offensive formation with Robinson. The rest of their offseason can be geared towards upgrading the center position and/or pulling off a trade for an impact point guard.

The lure of this trade for Miami is getting an immediate replacement for Robinson in Fournier, who’s a versatile scorer, and clearing cap space for a Tyler Herro extension.

The factor that could stop the Knicks from trading for Robinson, though, is their wanting to preserve future cap space themselves. Fournier is under contract for at least one more season than Robinson at a similar figure.

Duncan Robinson to the Sacramento Kings

The Kings are trying to put the pieces together after a bold midseason trade for Domantas Sabonis. They’re now doing as such with new head coach Mike Brown. Taking Robinson off Miami’s hands would be a savvy move for the Kings.

Brown has a handful of players who can create their own shot, and more specifically, score off the dribble. De’Aaron Fox is one of the best point guards in the NBA. Davion Mitchell is an explosive two-way player. Sabonis can bang in the paint and occasionally hit mid-range jump shots. Robinson gives the Kings much-needed outside shooting, which allows the aforementioned players to play to their strengths. 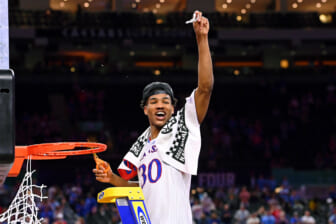 Barnes is a more well-rounded player than Robinson, as he can score in varying ways and is a respectable defender. With that said, basketball is a game of fit. The Kings have players who can attack off the dribble. They have few, if any, players who pose a considerable threat from behind the arc. Robinson’s fit makes him as impactful as Barnes for the Kings’ sake.

All the while, the Kings would still have the No. 4 pick in the 2022 NBA Draft. The pieces would be in place for them to return to the playoffs. From Miami’s perspective, they get the jack-of-all-trades Barnes, who’s still in the prime of his career and on an expiring contract. Worst-case scenario, the Heat get out of Robinson’s contract and could extend the deals of either Herro, Strus, or Vincent.

A Robinson-for-Barnes swap is a win-win for the Kings and Heat.