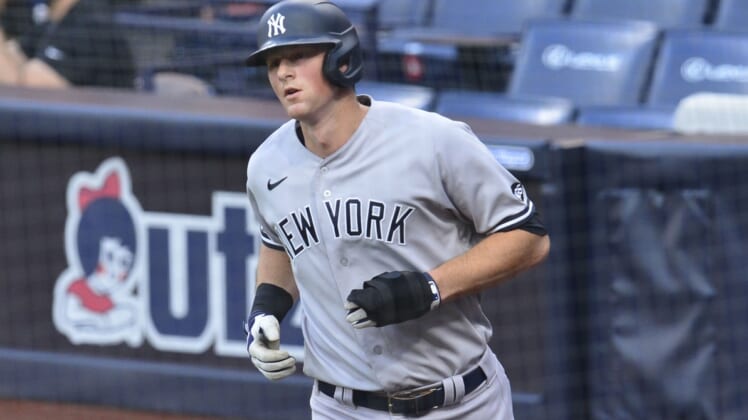 DJ LeMahieu is reportedly headed back to the New York Yankees for the 2021 MLB season, reportedly nearing an agreement on a new contract that could keep him in Yankee Stadium for years to come.

Contract discussions between the Yankees and their All-Star started going south recently, leading to speculation that he could sign elsewhere this offseason. With just over a month until spring training begins, however, it seems LeMahieu and New York’s front office were finally able to bridge the gap in negotiations.

MLB Network’s Jon Morosi first reported word of the pending agreement. While terms of the contract haven’t been disclosed, negotiations are in the final stages and an official agreement could be reached later on Friday.

New York faced plenty of competition for LeMahieu. As one of MLB’s best hitters, he attracted interest from across the league. Most recently, the Los Angeles Dodgers and Toronto Blue Jays were reportedly in the mix to sign him.

For most of the offseason, LeMahieu and the Yankees were far apart in their contract proposals. New York reportedly stuck by its four-year, $84 million contract offer for most of the winter. Meanwhile, the 32-year-old’s representatives insisted on a five-year deal and wanted around $125 million over the life of the agreement. The figure was based on the $110 million contract J.D. Martinez, an All-Star designated hitter, received from the Boston Red Sox in 2018.

As discussions between the two sides stalled, the Red Sox emerged as a suitor for LeMahieu. He informed his agent to start negotiating with teams who reached out earlier in the offseason, including Boston.

The leverage play seems to have worked out, taking advantage of public statements from Brian Cashman that re-signing LeMahieu was the club’s No. 1 priority this offseason.

With his return to the team in 2021, the Yankees can now focus the rest of their offseason on addressing holes in the rotation and bullpen.