Deshaun Watson ‘intrigued’ by trade to Denver Broncos in 2021

As uncertainty surrounds the NFL future for star quarterback Deshaun Watson, the 25-year-old is thinking about his next landing spot and an eventual trade from the Houston Texans.

Watson, a Pro Bowl selection each of the past three seasons, demanded a trade when the offseason began. Eight NFL teams expressed interest and with the NFL passing yards leader prepared to sit out in 2021, many believed Houston would eventually move him.

Everything changed in March. The first of 22 accusations came forward against Watson, alleging sexual misconduct, harassment and assault. While they are all civil cases, he is being investigated both by the NFL and the Houston police. 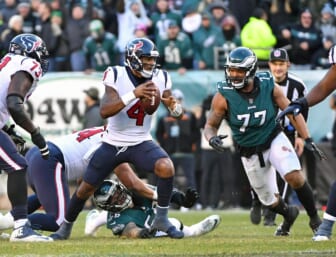 It’s created tremendous uncertainty around his playing status, even beyond the 2021 season. With investigations still ongoing and a civil settlement unlikely, Watson is likely headed for the Commissioner’s Exempt list. But for all the questions surround his availability, teams are still interested and one, in particular, catches Watson’s eye.

“Don’t sleep on Denver here because I have been told that Watson has long been intrigued by the Broncos. They have good options on offense and Denver is believed to be one of the teams that’s, from afar, monitoring the quarterback landscape around the league, Watson included.”

There is no timetable for the legal matters to be settled. Watson hopes he will play this season, but he could still face a multi-game suspension. There’s also a possibility that with the first deposition not until 2022, barring a resolution, this plays out even longer.

Interest from the Denver Broncos and Philadelphia Eagles, even after nearly two dozen allegations of sexual misconduct, isn’t a surprise. Both teams are seeking a franchise-caliber quarterback who a team can be built around and Watson’s talent meets that criteria. 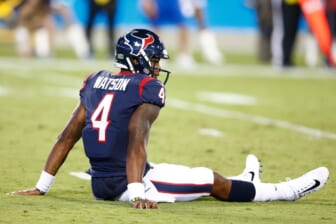 One thing is for certain, Deshaun Watson is never playing for the Texans again. As for his long-term future, it will likely be months before there are even hints of what will happen.