It seems that the Denver Broncos have now become the top team that rival organizations are circling as a possible trade partner ahead of the Nov. 1 NFL trade deadline.

In the last couple of weeks, the Carolina Panthers were viewed by many NFL observers as the team that would be major sellers before the trade deadline. However, after moving star running back Christian McCaffrey, as well as wide receiver Robbie Anderson last week, it looks like the team is expected to stand pat with their current roster for the rest of the season.

With the deadline less than a week away, rumblings from around the league suggest that the trade market focus has now shifted to the Broncos. With the team’s fourth straight loss on Sunday, Denver has dropped to 2-5 on the season and the health of quarterback Russell Wilson is still up in the air for their game in London this weekend.

Also read: NFL trade rumors – Get the latest rumblings from around the league

On Wednesday, ESPN NFL insider Dan Graziano revealed that the team’s Week 8 game will be massive in deciding their involvement in the trade market, and that “if the Broncos lose to the Jaguars this week, next Monday and Tuesday could be very interesting around there.”

Which Denver Broncos players could be up for grabs at the NFL trade deadline?

After making a blockbuster trade for the former Seattle Seahawks star and then giving him a massive contract extension, the Broncos have had a disastrous season, and the future Hall-of-Famer has been the biggest disappointment.

A loss on Sunday would put Denver in a hole they are not going to climb out of. However, they still have quite a few players with a notable value around the league. In the shared ESPN report, Graziano and fellow league inside Jeremy Fowler ran down the list of various players they have heard are drawing interest from rival organizations.

First, Graziano listed off who his sources are telling him is being targeted on the Denver roster. “It sounds to me like a lot of people are watching the Broncos closely, with players such as Jerry Jeudy, KJ Hamler, Bradley Chubb, and Melvin Gordon III drawing various levels of interest.” 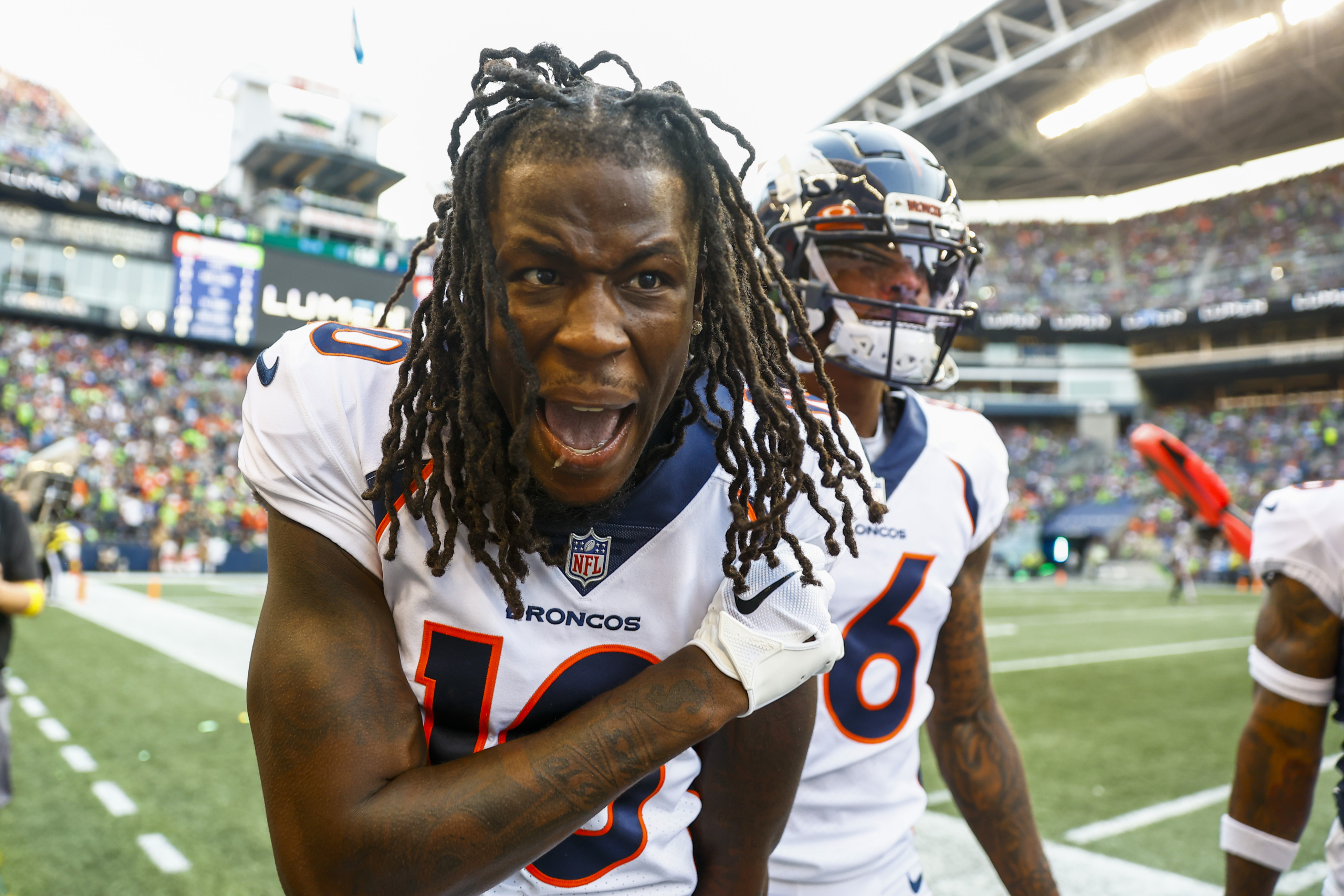 Fowler added that he is hearing one of the team’s tight ends and another top pass rusher could be available. “The Broncos have heavy depth at tight end, which brings Albert Okwuegbunam’s future into focus. Several key defenders — Dre’Mont Jones and Chubb come to mind — are balling out in contract years yet remain unpaid.”

Of the players mentioned, Jeudy, Jones, and Chubb are having the best seasons. Jeudy has caught 24 passes for 386 yards and two touchdowns. Chubb and Jones lead the team in sacks with 5.5 and 4.5, respectively.