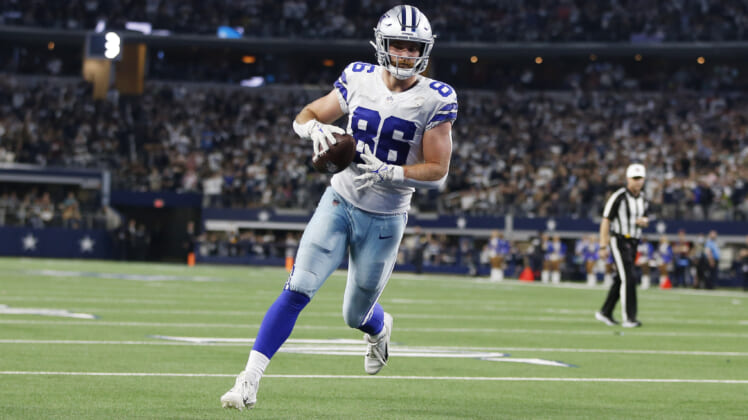 The Dallas Cowboys placed the franchise tag on tight end Dalton Schultz this offseason, locking up one of the go-to weapons for quarterback Dak Prescott. After skipping OTAs over a contract dispute, Schultz is returning to the team facility.

As the Cowboys prepare for the 2022 season, players are reporting for mandatory minicamp this week. With the NFL CBA resulting in significant fines for any player under contract who skips practice without approval from the team, Schultz will not be costing himself any more money.

Schultz, the 6-foot-5 tight end, emerged as an integral part of the Cowboys’ offense this past season. It earned him the franchise tag this spring, which he signed immediately to ensure he receives the fully-guaranteed contract.

However, the 25-year-old opted to skip OTAs after negotiations between him and the organization went south. Seeking a long-term deal, Schultz didn’t see the level of interest and desire to sign an extension he hoped for from Dallas.

According to Tom Pelissero of NFL Network, Schultz is reporting to mandatory minicamp on Tuesday after staying away from the team due to a gap in contract talks. Futerhnore, the two sides have some progress in recent days with negotiations slowly picking up.

It seems the Cowboys’ front office is starting to make Schultz a greater priority. After all, this is the same tight end who had a 122.1 passer rating when quarterbacks targeted him last season (PFF). With Amari Cooper and Cedrick Wilson gone, Dallas needs Schultz to take on an even bigger role this fall.

While there is no timetable for a contract extension to be signed, it wouldn’t be a surprise to see a long-term deal reached before the season begins. If that happens, it could significantly reduce Schultz’s current $10.931 million cap hit. 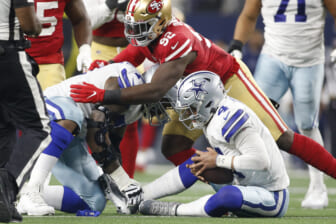