Friday's Dallas Cowboys news has to have fans of the franchise happy, as the team fired defensive coordinator Mike Nolan. 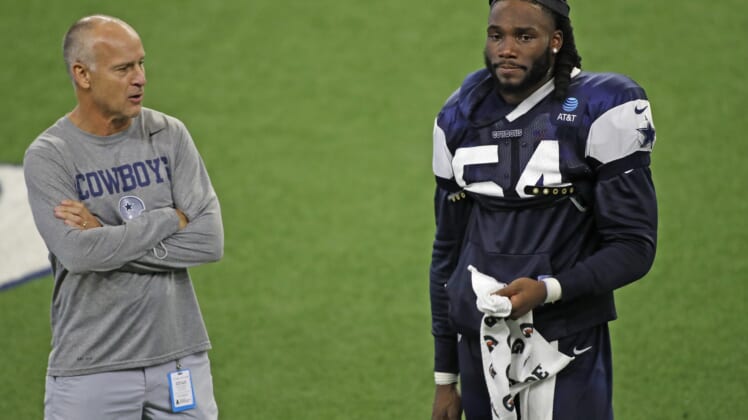 The Dallas Cowboys were mostly a disaster en route to a 6-10 record this season, and as a result, defensive coordinator Mike Nolan was fired Friday after one year on the job.

Nolan hadn’t been entrusted with such a high coaching rank since 2014, and it showed. The search will soon begin a replacement at the key spot on head coach Mike McCarthy’s staff.

Cowboys news: Mike Nolan out as DC after one season

Fox Sports insider Jay Glazer reported on Nolan getting the pink slip, and the only real surprise about the whole situation is that the Cowboys waited this long to make the move.

It was clear early on in the 2020 campaign that Nolan’s scheme wasn’t working. Players were struggling to buy into McCarthy and his staff, and the defense was in shambles.

Despite the Cowboys being more competitive down the stretch, with a shot to win the NFC East in Week 17, the defense simply didn’t play well enough to justify retaining Nolan. Most concerning was Dallas’ work versus the run, as the team ranked 31st in yielding 158.8 yards per game on the ground. The Cowboys ranked in the bottom five in scoring defense, too, allowing an average of 29.6 points.

The void left by Nolan creates yet another top priority for Dallas’ crucial offseason. Finding a competent successor to Nolan is absolutely vital while this team still has so many promising pieces on offense — and if McCarthy wants to last beyond a second season at the helm.

But even the premise of a strong offense rests on the Cowboys retaining quarterback Dak Prescott, who suffered a season-ending injury in Week 5. Prescott may not be back for America’s Team due to his sizable contract demands, so if that’s the case, much of the attention will go on finding a viable answer at the most important position.

What Dallas fans have to wonder is whether anyone will express enthusiasm about joining McCarthy’s staff. The coach fielded heavy criticism for failing to win an historically bad division with such a talented roster, and bringing Nolan aboard was a polarizing move in the first place that backfired big time.

Can McCarthy and owner/general manager Jerry Jones even be trusted to find a good defensive coordinator, much less navigate the Prescott contract situation with enough finesse to keep him? At this rate, it seems unlikely.

With a star defensive end in Demarcus Lawrence, strong linebackers Jaylon Smith and Leighton Vander Esch and a secondary headlined by rising second-year cornerback Trevon Diggs, there’s high-end talent at all levels of the Cowboys defense. A couple additions to the secondary and depth to bolster the defensive front, combined with the in-house players, should be plenty for Dallas to lure a superior play-caller who can upgrade that side of the ball in 2021.

Look for the 2021 NFL Draft to be a big spot for the Cowboys to land a blue-chip defender. They’ll likely target a cornerback at No. 10 overall, with either Virginia Tech’s Caleb Farley or Alabama star Patrick Surtain II if they’re still on the board.