Could Tiger Woods play at the 2022 PGA Masters tourney?

There are some interesting overlooked signs that point to the possibility that Tiger Woods could actually play at this year’s PGA Masters tournament.

In February, it seemed unlikely that golf fans would be seeing the legend take the green for serious PGA tour play this spring.

“I wish I could tell you when I’m playing again,” Woods said during a press conference in Los Angeles last month. “I want to know, but I don’t. My golf activity has been very limited. I can chip and putt really well and hit short irons very well, but I haven’t done any long stuff seriously. … I’m still working on the walking part.”

Clues point to Tiger Woods’ return at Masters in April

The reason he is still “working” on walking, and revealed he will never play a full tour schedule again, is because of the serious injuries suffered 13 months ago when he crashed his car into a tree while driving at speeds of over 80 MPH. The accident left him with multiple fractures to his right leg and injuries to his foot. It was a life-altering moment that forever changed his career and has taken a long time to recover from.

Related: What are the five longest golf drives of all time?

Yet, maybe there is hope. Earlier this week, Golf writer Mark Harris noticed an interesting thing on the Masters’ website. That Woods was not listed among other champions that won’t be competing at the event.

“The Masters’ website lists Phil Mickelson as a past champion that won’t be playing in the 2022 Masters. Tiger Woods’ name is not listed,” he tweeted.

If you head over to the 2022 players page on the site, Woods is actually listed among the golfers expected to compete in the April tournament. And at one point, he was even listed as a favorite to win his sixth green jacket. 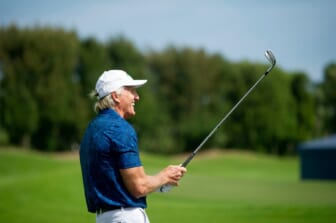 Also of note, the 15-time major winner still has not officially said if he will or won’t play in the 2022 Masters. He most recently competed in the PNC Championship with his son, Charlie. The father-son duo finished second in the tournament to John Daly and his son, John Daly II.

Will Woods play at the PGA Masters 2022?

Could Woods actually play at the Master this year? Maybe. Anything is possible, and he never officially retired from the sport, he is just a part-time player now. For the occasional appearances he eventually does make, there would be no better place to start than the Masters. A tournament that helped to build his legend. 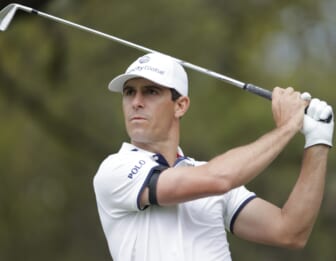 However, it is still unlikely he will compete. Chances are the Masters’ website hasn’t updated their player page or the tournament executives are just waiting for a final confirmation from Woods. Nevertheless, crazier things have happened in sports, and it isn’t impossible.