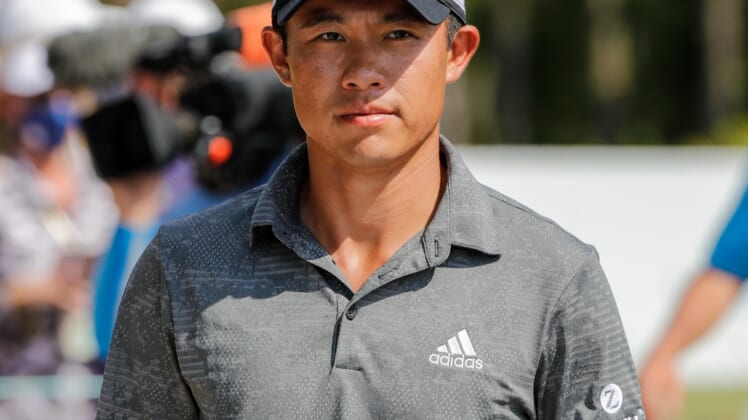 Collin Morikawa continued to solidify his place among the next generation of golf, winning for the third time in eight months with a victory Sunday at the World Golf Championships — Workday Championship at The Concession in Bradenton, Fla.

The 24-year-old shot a 3-under 69 to finish at 18-under 270 and win by three strokes over Billy Horschel (70), Brooks Koepka (70) and Norway’s Viktor Hovland (67). The Cal product won for the fourth time since turning pro in 2019, taking the lead into the final round for the first time in his career.

“It shows that I can come out here and compete, but what a week,” Morikawa said on the NBC broadcast. “I was working on so much over the past couple of weeks. I got tips from Mark O’Meara and Paul Azinger and it got me through this week. My game felt so good and I’m just so excited right now.”

After a bogey at the second hole Sunday, Collin Morikawa got his final round on track, going 4-under over a stretch of eight holes from Nos. 5-12.

The 2020 PGA Championship winner, who also won an added event at Muirfield Village in Dublin, Ohio, last year, never relinquished the lead after moving into the top spot Saturday with a run of six birdies over nine holes.

On a day when some players in the field were wearing red shirts and black pants in honor of Tiger Woods, Collin Morikawa became the only player other than Woods to win a major title and a WGC event before the age of 25.

Woods was seriously injured in a single-car crash on Tuesday.

“Tiger means everything to me, and yes he had the crash, and thankfully he’s all right and hopefully he has a quick and great recovery,” Morikawa said. “But I don’t think we say ‘thank you’ enough. So, I’m going to say thank you to Tiger. Sometimes you lose people too early. Kobe (Bryant). I lost my grandpa about a month ago. … So, thank you guys.”

After Horschel briefly tied for the lead early in the final round, Morikawa channeled Woods’ final-round focus with birdies at the fifth, seventh and ninth holes to make the turn with a 2-under 34.

On the back nine he put away his victory with eight pars and a birdie at No. 12.

Horschel, who played in the final round with Collin Morikawa, had two birdies on the front nine, but delivered an up-and-down back side with two bogeys and two birdies to shoot 2-under for the day.

Koepka, who won three weeks prior at Scottsdale, Ariz., had a look at an eagle at the par-5 17th hole, but missed a chance to pick up ground with a three-putt par.

Hovland, just 23 and a two-time winner, made his push with a stretch of five birdies over seven holes but made bogeys at 14 and 16 before carding a final birdie at 17 and came up short.

Scheffler, another 24-year-old seeking his first PGA Tour victory, moved into contention briefly with four birdies on the front nine, but a bogey at 14 and a double bogey at 16 eliminated his chances.

Morikawa also became the seventh player under 25 with four or more victories on the PGA Tour, including a major victory, since 1945.