College football playoff pumps the brakes on expansion to 12 teams 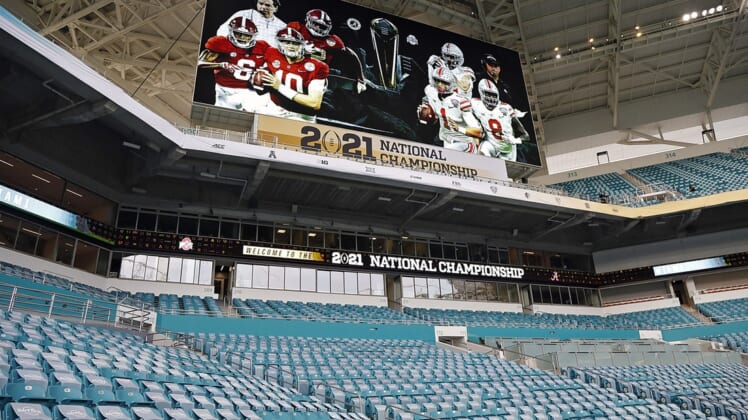 Alabama and Clemson have made the playoff six times in seven years; Ohio State and have made it Oklahoma four times.Ncaa Football Cfp National Championship Ohio State Vs Alabama

The rush to expand the college football playoff to 12 teams has slowed to a jog, CFP executive director Bill Hancock hinted Wednesday, issuing a statement regarding “the complexity of these matters” heading into the management committee meeting next week.

CBS Sports reported that the vote of the CFP Board of Managers will not even take place at the meeting in Chicago, citing unresolved issues that would prevent the required unanimous approval.

“As the committee moves forward, there remain issues to be discussed,” Hancock’s statement read. “Given the complexity of these matters, the management committee will meet again in Chicago next week to continue our discussions.

“As we said in June with the 12-team playoff was proposed, that was the first step in a long process. It is vital that all issues be fully explored and addressed.”

The Chicago meeting originally was anticipated as a rubber stamp for the 12-team playoff — the soonest that expansion could take place is the 2023 season — but among the key issues are how to approach the television-rights bidding with five years remaining on the original contract with ESPN.

Also to be worked out are the logistics of putting players through a schedule of potentially 16 or even 17 games. Teams would be on the road for as many as four postseason games — including during academic finals.