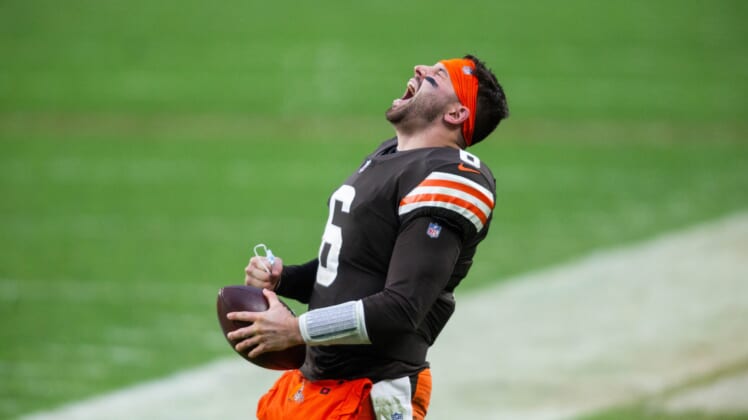 The last time the long-downtrodden Cleveland Browns earned a trip to the NFL Playoffs was all the way back in 2002. Quarterback Baker Mayfield was a mere seven years old. Head coach Kevin Stefanski was not even old enough to consume adult beverages legally in the United States. Let that sink in for a second.

It didn’t come without COVID-related issues threatening to derail one of the most-impressive Cleveland Browns seasons in 35 years. However, the Browns were able to take out a Ben Roethlisberger-less Pittsburgh Steelers team by the score of 24-22 on Sunday. This clinched a playoff spot for an organization that’s just three years removed from going 0-16.

It really has been something to behold. General manager Andrew Berry has helped build one of the most-talented young teams in the NFL. After some major struggles as a sophomore last season, Cleveland Browns quarterback Baker Mayfield has turned it around big time.

The end result was an 11-5 regular-season record, which is the Browns’ best record since Bill Belichick was their head coach back in 1994. Obviously, the NFL world reacted in kind.

You don’t have to be a Cleveland Browns fan to see this as the feel-good story of the 2020 NFL season. The city of Cleveland has gone through so much with this organization. Regardless of what happens in the playoffs, it has been an incredibly exciting campaign for fans who have dealt with so much losing over the past quarter century.

What makes this even better is the fact that these Browns will take on the above-mentioned Steelers in Pittsburgh during the wild card round. A one-sided rivalry renewed. The Cleveland Browns last playoff game resulted in a 36-33 loss to these Steelers. Could they exact revenge some 19 years later?

Click below for more Cleveland Browns news and rumors.