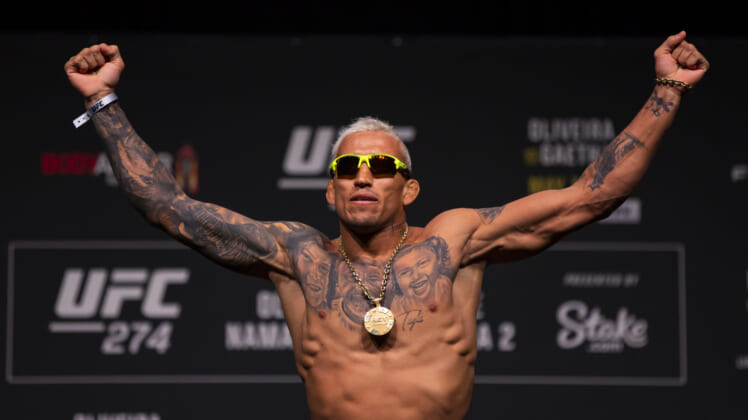 Uncrowned UFC lightweight superstar Charles Oliveira believes Islam Makhachev could be his next opponent for the division’s vacant title. As long as he can get through Beniel Dariush first.

Oliveira had a monumental night UFC 274. In maybe his stiffest test yet at the top of the 155-pound division, “do Bronx” overwhelmed former interim champion Justin Gaethje at times en route to a first-round submission win, in the main event of Saturday’s pay-per-view event. Despite missing weight the day before, vacating his lightweight title on fight night, and remaining the uncrowned champion after his victory, little could diminish his amazing performance.

With an eleventh straight victory secured and a vacant title fight on the horizon, observers of the sport are wondering who could be next for the 32-year-old star. Many have suggested the second-ranked fighter on the Sportsnaut UFC lightweight rankings, Islam Makhachev could be Oliveira’s next foe.

The Russian, and pupil of former division king Khabib Nurmagomedov, has won 10-straight in the Octagon and seems deserving of being next in line for a championship opportunity. However, while Charles Oliveira has a great deal of respect for Makhachev, on Monday he told MMA Fighting’s Portuguese-language podcast “Trocação Franca” he believes Makhachev must first beat Beniel Dariush to finally prove deserving of a title fight.

“I think the reality is, Makhachev has to fight Dariush first,” Oliveira said. “They both have to fight and then we’ll see who we’re fighting or not. Makhachev is super tough and deserves all the respect in the world. Dariush is also super tough and has a great team. It will be a great fight, so let them fight first and see what will happen down the line.”

Makachev and Sportsnaut’s fourth-ranked lightweight were set to face off in February before Dariush had to drop out of the fight. UFC president Dana White has suggested rebooking that bout was a strong possibility even after Makhachev dominated replacement opponent Bobby Green on Feb. 26.

Oliveira has fought three times in the last year, and it seems that after such a busy schedule, he is looking for a good bit of rest and relaxation before he makes his return to the Octagon. The pound-for-pound star told the outlet that he has informed his employer he wants to return at the end of the year and headline an event in his hometown of Sao Paulo, Brazil. 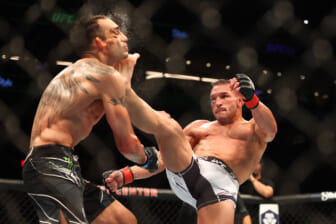 Charles Oliveira headlined the promotion’s last event in Brazil, which was their first without fans at the start of the COVID-19 pandemic.