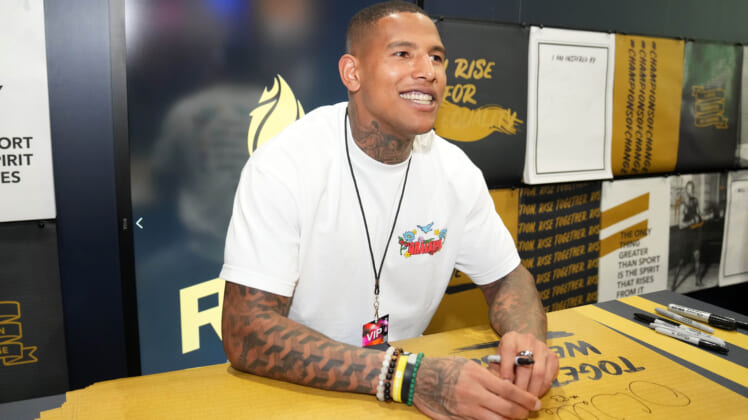 Well Green Bay Packers fans, hope it was fun while it lasted. When a rumor suddenly emerged over the weekend suggesting the Las Vegas Raiders could move on from star tight end Darren Waller, after trading Davante Adams earlier in the offseason, the Packers appeared to be a natural fit.

Considering the team was willing to meet the asking price Adams demanded, it makes sense for the Pack to still have a strong interest in landing another established pass-catcher, even if it means shelling out a top-dollar contract to do so.

The other interesting tidbit from the Adams trade, is that since he was franchise tagged, NFL rules prevent a team from trading a tagged player for a non-tagged player, which means even if there was mutual interest, Waller could not be included in the original deal for Adams. Basically, this left the door open, providing even more hope for Packer backers.

But that all came crashing back down to earth on Monday and Tuesday when multiple reports emerged, suggesting there is no truth to the rumor. In fact, even Raiders quarterback Derek Carr offered his .02 cents.

No chance indeed. As others have suggested, of course there is widespread interest in adding a Pro Bowl tight end with not one, but two 1,000-yard seasons on his resume, but that doesn’t mean his team has any inclination to part with him.

Especially after the offseason the Raiders have had. Acquiring Adams and then trading Waller wouldn’t make any sense. This team, with the roster they’ve built, are all-in on competing for the Super Bowl in 2022-23.

If teams are hoping to land a playmaking tight end, they’ll have to keep searching, because Waller isn’t going anywhere any time soon.