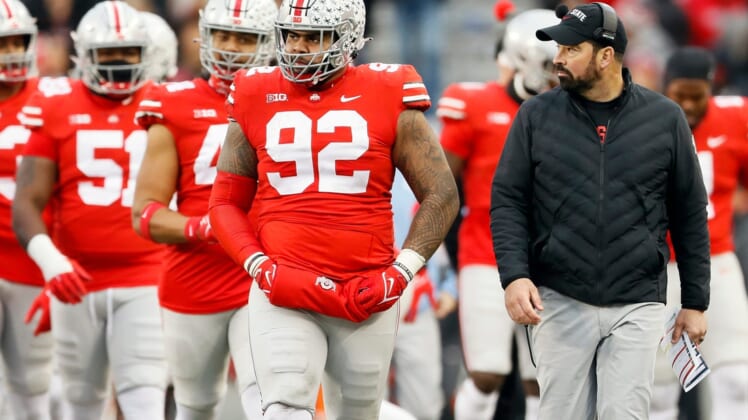 The Buckeyes beat the Spartans, ranked seventh at the time, 56-7, which helped them nab their highest ranking of the season.

Georgia remained No. 1, Alabama slipped one spot to No. 3 and Cincinnati filled out the projected field of four.

It marks not only a new high for Cincinnati as a program, but also the first time any Group of Five program has been ranked in the top four by the playoff committee, which has been notoriously tough on smaller-conference programs. 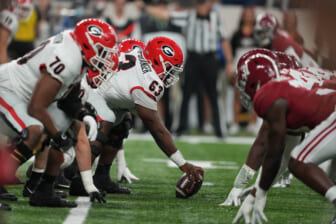 Michigan and Notre Dame are Nos. 5 and 6. Michigan hosts Ohio State on Saturday in the annual Big Game, with the winner clinching the Big Ten East division and a spot in the conference championship game.

Oklahoma State moved up two spots to No. 7, and Baylor, Ole Miss and Oklahoma advanced three spots to fill out the top 10. Oklahoma State and Oklahoma, both 10-1, will meet Saturday in their annual Bedlam rivalry game. The Cowboys have already clinched a Big 12 title game berth, and the Sooners would join them and force a rematch with a head-to-head win Saturday.

There was more movement than usual in the top 10 not only because the Spartans’ loss pushed them out to No. 12, but also because Oregon crashed out following a lopsided loss to Utah. The Ducks’ second conference loss of the year dropped them eight spots to No. 11.

Clemson entered the rankings at No. 23 following a 48-27 win over Wake Forest. The Demon Deacons dropped eight spots to No. 18 as a result.

Below is the complete Top 25: