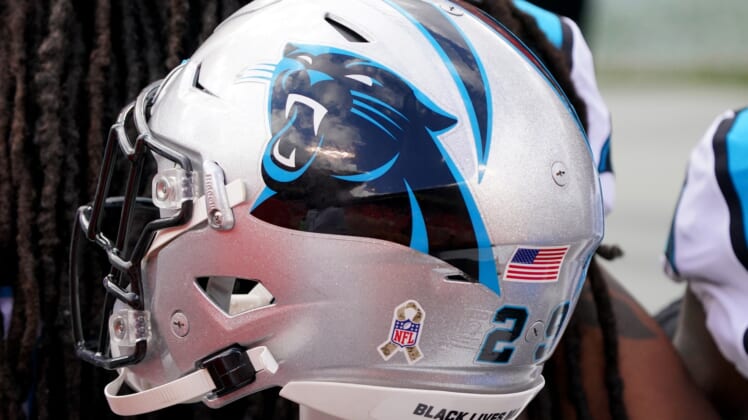 Just two days after Carolina lost to the Green Bay Packers, dropping the club’s record to 4-10 on the year, it has now fired Hurney for the second time.

As first reported by NFL Network’s Ian Rapoport, the Carolina Panthers have officially announced they are parting ways with Hurney. Heading into an offseason that is expected to be pivotal for the franchise, the Panthers will be guided by a new voice in the front office.

This marks the second time Hurney has been fired as the team’s general manager. The team moved on from him in Oct. 2012, but brought him back in 2017.

Since taking over as the club’s owner, Tepper has sought to bring sweeping changes to the organization. He lured Matt Rhule away from Baylor last offseason, immediately making him one of the highest-paid coaches in the NFL.

While the Panthers are 4-10, the team has been extremely competitive this season. Playing without Christian McCaffrey for a majority of the year, the Panthers have close losses to the Las Vegas Raiders (34-30), Kansas City Chiefs (33-31), New Orleans Saints (27-24) and Green Bay (24-16).

After helping reshape the team’s culture in his first season, Rhule will play a key role in determining who becomes Carolina’s next general manager.

The Carolina Panthers will immediately begin their search for a new general manager. With the Jacksonville Jaguars, Atlanta Falcons, Detroit Lions and Houston Texans already conducting active pursuits, timing is crucial for the Panthers.

A few candidates are already emerging for the opening. According to NFL Network’s Ian Rapoport, there are already at least four names to keep an eye on to become general manager in Carolina.

There’s also another potential candidate to keep in mind. Rumors are circulating that Pittsburgh Steelers general manager Kevin Colbert could depart in 2021. Given Tepper used to be a minority owner of the Steelers and reportedly loves Colbert’s work, he could also be a name to keep an eye on.

Heading into the offseason with a strong foundation, a top-10 pick and cap space, there will be plenty of candidates interested in becoming the Carolina Panthers general manager.