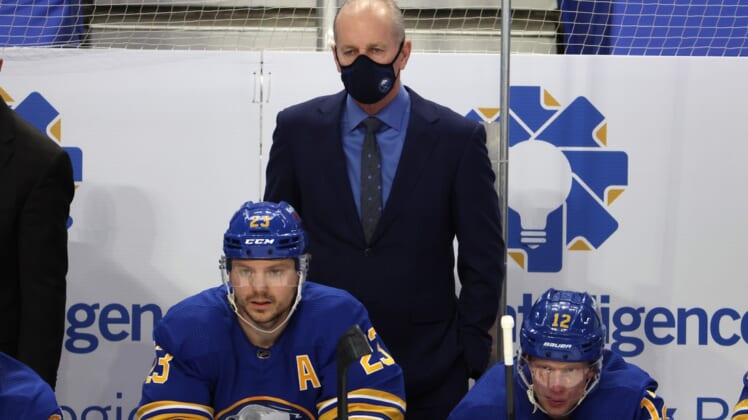 Ralph Krueger was fired Wednesday as head coach of the Buffalo Sabres as the team’s winless streak hit 12 games, the team announced.

Assistant coach Don Granato reportedly takes over as the interim coach with Buffalo last in the NHL with 16 points through 28 games.

Assistant coach Steve Smith was fired along with Krueger, according to The Buffalo News.

Injuries to captain Jack Eichel and a two-week pause for COVID-19 impacted the Sabres.

Krueger had a 36-49-12 record in 1 1/2 seasons with Buffalo and was the fifth coach hired and fired under the ownership of Terry and Kim Pegula, who purchased the franchise in 2011.

Amid its 0-10-2 skid, Buffalo has been outscored 37-14 over its past eight games. The Sabres host the Boston Bruins on Thursday.