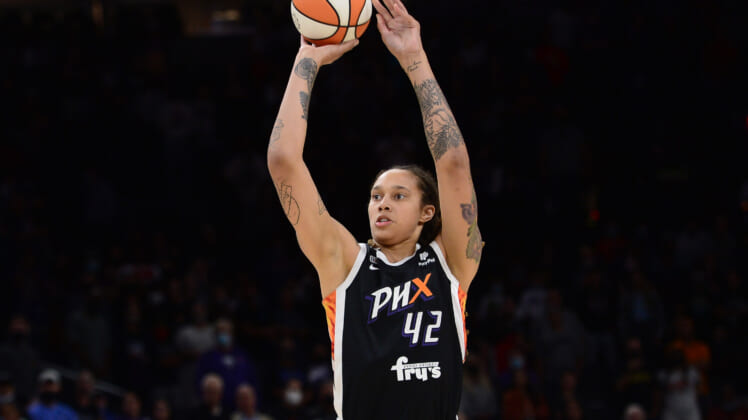 While playing overseas for UMMC Ekaterinburg, a Russian basketball team, Griner was arrested at a Moscow airport for having vape cartridges in her luggage while entering the country in February.

She was detained while entering the country – before Russia invaded Ukraine – after the Russian Customs Service said it found vape cartridges in her possession arriving on a flight from New York.

Russian state news agency TASS reports that the Khimkinsky court ruled to detain Griner until at least May 19, according to ESPN.

“The court granted the petition of the investigation and extended the term of U.S. citizen Griner’s detention until May 19,”

Griner, an eight-time WNBA blocks leader and a seven-time All-Star center is facing a possible criminal sentence of five to 10 years in prison, according to the RCS.

Griner appeared in court Thursday, pleading not guilty to the drug charges.

Griner has played for UMMC Ekaterinburg since 2014. She is among multiple WNBA stars who play overseas due to international teams willing to often double or triple WNBA salaries.