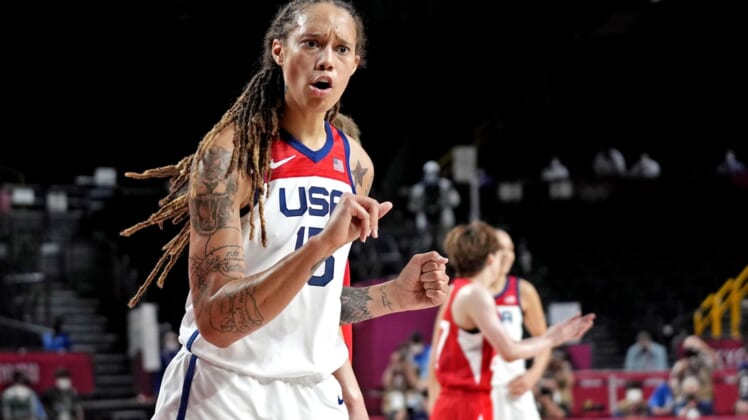 The Russian Federal Customs Service confirmed that an American basketball player was taken into custody after authorities found vape cartridges that contained hashish oil in her luggage at Sheremetyevo Airport in February.

A seven-time WNBA All-Star and two-time Olympic gold medalist, Griner could face a sentence of up to 10 years in a Russian prison if convicted.

Griner’s agent and spokespersons with the WNBA and Mercury did not return the New York Times’ requests for comment.

Griner has played for a Russian professional team during the WNBA’s offseason since 2015.

Her detainment occurs at a time of heightened tensions between Russia and the United States, created by Russia’s invasion of Ukraine last month.