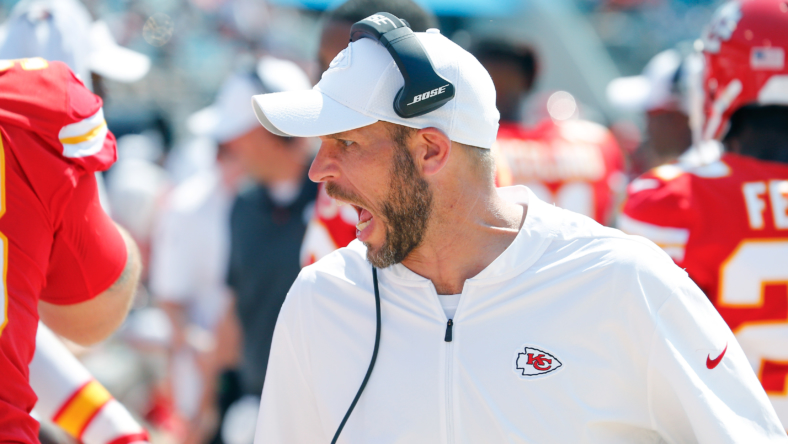 Britt Reid learned his fate in a Missouri court room on Tuesday as he faced punishment stemming from a 2021 incident in which the son of Kansas City Chiefs head coach Andy Reid seriously injured a five-year old girl in a car accident.

Reid was arrested back in February of 2021 on DWI charges after crashing into a car that housed a young girl by the name of Ariel Young. Authorities performed an alcohol check on Reid at the time, noting that he had a BAC of .113 two hours following the incident.

Back in September, Reid pleaded guilty to felony charges of driving while intoxicated and causing serious physical injury. A judge handed down his punishment on Tuesday, sentencing the former Chiefs assistant to three years in prison.

The mother of Ariel Young read a victim’s impact statement in court, noting that “there are five of us that Britt Reid’s choice to drink and drive hurt.”

Reid could have received up to seven years in prison for this role in the tragic accident. It was also reported recently in court documents that Reid was drinking at the Chiefs’ facility before the accident.

A then-five-year old girl, Young was in coma for weeks following the incident and is dealing with medical complications that will impact her for the remainder of her young life. It’s such a tragic situation given it could have been avoided if Mr. Reid had just decided not to be selfish and get behind the wheel while intoxicated.

A graduate of Temple, Reid began his coaching career at St. Joseph’s Prep high school back in 2008. He was a training camp intern for his father with the Philadelphia Eagles in 2009 before acting as a graduate assistant with Temple in 2011-12. Reid joined his father with the Kansas City Chiefs in 2013 as a defensive quality control coach before being promoted to defensive line coach in 2016.

The young Reid has a history of substance abuse, leading directly to the tragic accident back in February of 2021. The hope is that he can get the help he needs while rightfully being locked up.

As for Ariel Young, we hope the best for the young girl moving forward.