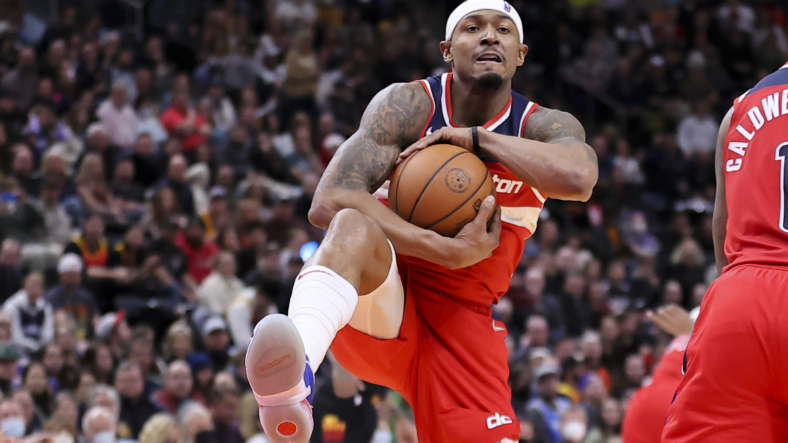 Washington Wizards guard Bradley Beal turned down opportunities this summer to join one of the best NBA teams, opting to sign a historic contract with the team that drafted him. While it could work out nicely for the perennial All-Star selection, it also applied more pressure on him.

Floated in NBA trade rumors every year, Beal declined his player option and was poised to hit the open market. Before any free agent buzz could even begin, though, he signed a $251 million contract with Washington and became one of the highest-paid NBA players ever.

Washington didn’t just sign Beal to a contract with a $50.2 million average annual salary. It also included a no-trade clause, authorizing the former No. 3 pick in the 2012 NBA Draft to block any trade without his approval.

The decision went against the grain of many NBA stars who stay with the team that drafted them a few years before bolting for a bigger market. While it does set up the 2021 All-NBA Third Team selection to spend his entire career in Washington, there is a risk.

The Athletic asked NBA reporters which players have the most to prove in the upcoming season. While Josh Robbins acknowledges there are multiple candidates on Washington’s roster, Beal stood out after signing a historic contract with the team.

Why Bradley Beal is under pressure next season

While the Wizards are happy to have Beal returning, there will be higher expectations for him. Compared to his production the previous two seasons, Beal fell short of what everyone counts on him to do.

Washington won more games (35) last season than the year prior (34), but it didn’t result in a trip to the NBA Playoffs. Despite the disappointing outcomes, the organization still signed Beal to one of the largest contracts in NBA history.

After re-signing Beal, Washington made changes to its roster with the hopes of a new-look lineup providing a spark. There is also anticipation for coach Wes Unseld Jr. in his second season leading the team, providing optimism that the Wizards return to the playoffs.

Ultimately, though, everything rests on Beal’s shoulders. If he is the same player that caused frustrations and couldn’t make a positive contribution toward winning basketball games, the outside perspective on his contract will look much worse a year from now. While his future is secured financially, the possible hit to his reputation and how fans perceive him add to the pressure on his shoulders this season.