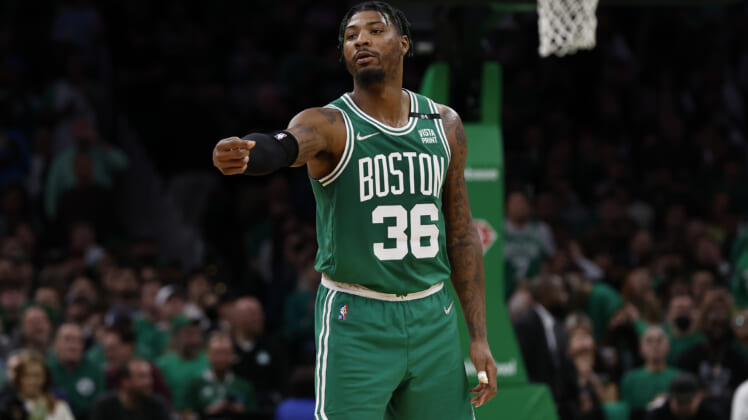 Despite making a major point guard addition earlier this month by trading for Malcolm Brogdon, the Boston Celtics are expected to keep their starting backcourt from last season intact and have their new toy come off the bench next season.

The Celtics made a major offseason splash to kick off July when they acquired Brogdon and a future first-round pick from the Indiana Pacers for Daniel Theis, Aaron Nesmith, Nik Stauskas, Malik Fitts, Juwan Morgan, 2023 first-round selection. The move was a stunner since it seemed like much of the league was linked to a possible deal for the 29-year-old other than Boston.

As a player who averaged more points and rebounds, while also having similar assist numbers to 2021-2022 starting point guard Marcus Smart, it seemed that Brogdon being the new lead guard for the team was likely next season. Since the move seemed like an upgrade on the surface and the team suffered offensively during the 2022 NBA finals. However, that will not be the case in 2022-2023.

On Thursday, The Athletic reported that before the Celtics finalized a deal with the Pacers, they reached out to various sources around the league to get a read on Brogdon’s mentality and locker room reputation. Because from the start the team envisioned him as reserve player instead of a starter.

The report also mentions that team president Brad Stevens spoke with Smart first about the trade for Brogdon, and the eventual signing of Danilo Gallinari, to get his opinion before finalizing the moves. Which shows how notable the veteran guard’s place is within the team’s structure.

Brogdon is also likely receptive to coming off the bench after years of starting so that he can play for a team that has a chance to win a championship next year and keep his value strong heading into free agency in the summer of 2023.

Plus, there is a very real chance Smart and Brogdon could finish games together in a small ball lineup with Jayson Tatum and Jaylen Brown serving as the forwards.