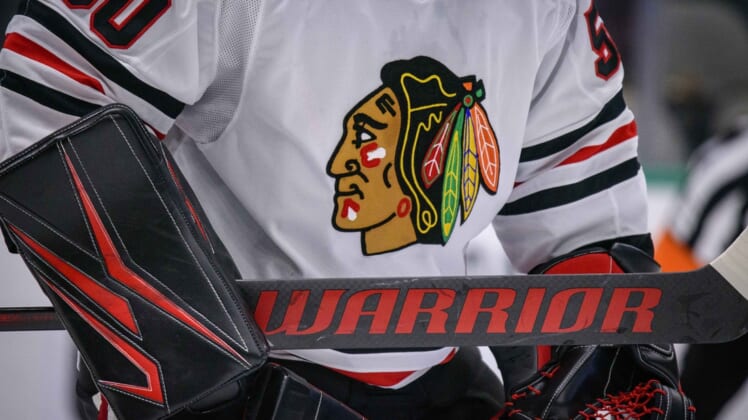 The Chicago Blackhawks canceled practice at Fifth Third Arena on Saturday out of an abundance of caution due to potential exposure of COVID-19, the team announced.

“The Chicago Blackhawks organization has, and will continue to follow, all recommended guidelines to protect the health and safety of players and staff as set by the NHL as well as local and state agencies,” the team wrote in a statement. “The Blackhawks will not comment further at this time and information on Sunday’s schedule will be announced at a later time.”

Chicago forwards Alex DeBrincat and Lucas Wallmark as well as defenseman Adam Boqvist were placed on the NHL’s COVID-19 protocol list this past week.

The Blackhawks dropped their third straight decision (0-1-2) on Friday with a 2-1 loss to the Columbus Blue Jackets. Chicago is scheduled to host the Blue Jackets again on Sunday night.