On the heels of the New Orleans Pelicans firing head coach Stan Van Gundy after just one season, let’s take a look at some viable replacement candidates as the team’s search for a new leader begins.

Stunt casting for an NBA head coaching vacancy is the last thing any franchise should do. Some would probably accuse the Pelicans of that if they elevate assistant Teresa Weatherspoon to the leading gig.

But that would be a fundamentally inaccurate evaluation. Weatherspoon has head coaching experience from a six-year tenure at Louisiana Tech, and has quickly moved up in the Pelicans organization.

As for Fred Vinson, he’s been with the Pelicans for 11 seasons. Across multiple coaching changes, he’s been a constant. That tells you how the franchise views him, and the high regard Vinson’s peers hold him in.

There are a number of former players being bandied about as head coaching candidates such as Chauncey Billups and Sam Cassell, but Jason Kidd seems like the best fit of the bunch.

Kidd is an especially intriguing fit in New Orleans if the Pelicans intend to hang onto restricted free agent Lonzo Ball.

New Orleans’ floor general is among the savviest lead guards in the game, and Kidd is a Hall of Famer who’d be the ideal mentor for Ball as he enters his prime. Oh, and if “Point Zion” continues to be a thing, who better to help Williamson fine-tune his distributing skills than Kidd? 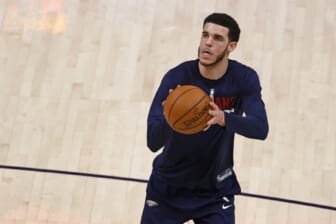 Instead of just rolling with Woj’s list, for purposes of this exercise, it was best to pick one name from that group, and Kidd has a key edge. He’s likely learned a lot from his brief one-year stint in Brooklyn and his failed time in Milwaukee.

After helping the Los Angeles Lakers to a championship in 2020 as an assistant, Kidd now has the coaching pedigree to back up his obvious playing chops. If he gets a crack in New Orleans, he’s bound to thrive.

Like Weatherspoon, Becky Hammon had a fine WNBA career and has years of coaching experience under her belt. The difference is, Hammon hails from the San Antonio Spurs, where she’s learned under arguably the best coach of the modern NBA era in Gregg Popovich.

Hammon has logged seven seasons as a Spurs assistant, and if that wasn’t enough, she was even contacted for the Milwaukee Bucks’ general manager position in 2017. She obviously has a grasp of personnel in addition to coaching.

Thus, it seems like Hammon would be an ideal fit in New Orleans with executive vice president of basketball operations David Griffin and general manager Trajan Langdon. 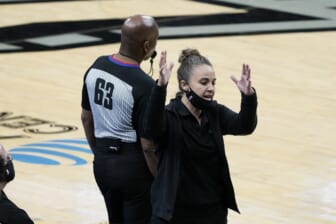 By the way, Langdon was a pro scout and front office member in San Antonio and had some overlapping, shared time with Hammon in the Spurs organization.

It’d be quite news-worthy if the Pelicans passed up an internal candidate to be the NBA’s first female head coach. If anyone were to deserve that, it’s Hammon. That Spurs-Langdon connection aside, her resume is undeniable at this point.

Terry Stotts must have done something right to be the Portland Trail Blazers’ head coach for nine seasons. In the loaded Western Conference, Portland made the playoffs in Stotts’ last eight years at the helm.

Unfortunately, Stotts got the boot this offseason when the Blazers went one-and-done for the fourth time in the last five postseasons. Maybe that shakeup will be best for Portland and for Stotts as they each try to move forward and improve.

Stotts just couldn’t get the Blazers to play good enough defense throughout his tenure. Is that something he can fix, or is it fated to be a flaw of the next team he coaches?

If he can make the necessary improvements on that end of the court, or capitalize on the talent he has in New Orleans in that regard, maybe Stotts is the man for the Pelicans’ job in the end.

You won’t find many more proven coaching commodities than Stotts. A couple alternatives among that veteran group don’t seem as viable. 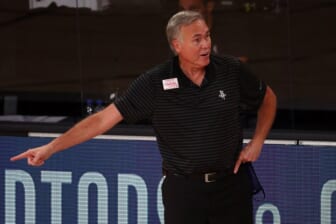 Mike D’Antoni has to be considered a journeyman at this point, and Dave Joerger’s tenures in Memphis and Sacramento lasted three seasons apiece.

Stotts presents stability and steady leadership, which is precisely what the Pelicans need after one season of chaos under the mercurial Van Gundy’s watch.