Enigmatic Brooklyn Nets guard Ben Simmons is having a no-good start to his first season as a member of the team.

Simmons entered Wednesday’s game against the Milwaukee Bucks averaging a mere 5.7 points to go with 6.0 rebounds and 7.0 assists through three games. He’s attempting just 4.3 shots per game while committing 3.7 turnovers. The former No. 1 pick has also fouled out two times in three games.

It did not get any better for Simmons in Brooklyn’s road loss to the Bucks. The former All-Star scored four points on 2-of-7 shooting while adding five rebounds and nine assists and committing another four fouls.

Simmons also wasn’t up to the task on defense against Bucks star Giannis Antetokounmpo, who dropped 43 points on 16-of-25 shooting.

During the game, Giannis trolled Simmons big time after forcing his way into the lane for an easy basket, motioning that the guard was too small.

A little while earlier, Simmons’ teammate Kyrie Irving took to trolling Simmons. It happened in the third quarter with Irving begging Simmons to actually shoot the ball.

This is some ugly stuff right here. When your own teammates are pushing you to actually be aggressive by verbally telling you to shoot, something is certainly wrong.

Ben Simmons struggles and where the Brooklyn Nets go from here

Simmons is not one to ignore outside noise. He’s keenly aware of the criticism that he has received since Brooklyn acquired the former No. 1 pick from the Philadelphia 76ers in the James Harden blockbuster back in February.

“It finds me all the time. And it doesn’t f***ing stop. Sometimes I’m even sick of it, but then I’m like, ‘OK, I’m Ben Simmons, you know? It comes with being Ben Simmons right now.’”

Ben Simmons ahead of regular-season opener

Now, imagine how Simmons is going to feel after his own teammate called him out. It’s not going to be pretty behind the scenes. It was in the Nets’ previous game that Simmons was also trolled by Memphis Grizzlies guard Ja Morant prior to fouling out.

These things continue to pile up for Simmons with no end in sight. For their part, the Nets are doing everything possible to help their “star” overcome early-season struggles. 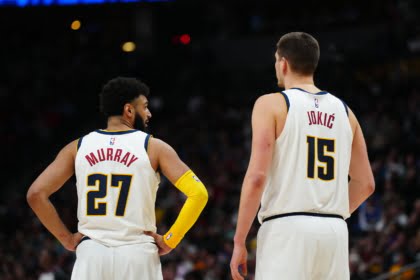 “For me, it’s trying to take the risk off the table. I’m not expecting him to be 100 percent in the short term, but I want him to try to find that joy,” Nets head coach Steve Nash talking about Ben Simmons on Wednesday.

For his part, Simmons acknowledges that he has struggled to open the season.

“There’s gonna be times where it’s really ugly, like the other night for me. I’ve had a couple of games I was playing like s–t,” Simmons told reporters on Wednesday.

It remains to be seen how things are going to work out for Simmons and the Nets moving forward. What we do know is that the team is an ugly 1-3 on the season. No one outside of Kevin Durant is really playing well at this point, Simmons included.