The Baltimore Ravens have signed linebacker Roquan Smith to a $100 million contract extension, making him one of the highest-paid linebackers in NFL history.

Smith, age 25, landed in Baltimore before the 2022 NFL trade deadline. The Ravens acquired him from the Chicago Bears in exchange for third-and fifth-round picks in the 2023 NFL Draft order.

Selected with the eighth pick in the 2018 NFL Draft, the Georgia alum has exceeded the high expectations placed upon him during the pre-draft process. He earned second-team All-Pro honors in the 2020 and ’21 seasons then was named to the Pro Bowl this season with Baltimore.

As first reported by Ian Rapoport of NFL Network, Smith’s $100 million contract extension includes $60 million in total guarantees. He becomes the first off-ball linebacker in NFL history to land a deal with a $20 million AAV.

During the regular season, Smith earned a 77.0 run-defense grade from Pro Football Focus and served as an essential piece in one of the best NFL defenses in 2022. Poised to become an unrestricted free agent this spring, Baltimore kept him off the open market.

With Smith now signed through the next five years, Baltimore’s offseason priorities become much simpler. Lamar Jackson, who is eligible for the franchise tag, remains the top priority and the club will still have more than $40 million in cap space to afford the fully-guaranteed tag if it’s necessary. 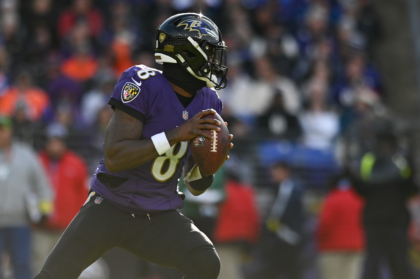 Outside of Jackson, Jason Pierre-Paul, Justin Houston and Marcus Peters are the top Ravens’ players headed for free agency. Given their age, though, it’s very possible Baltimore allows them to test the open market and uses its cap space to build a better offense around Jackson.