Atlanta Falcons’ Deshaun Watson connection could be enough for trade 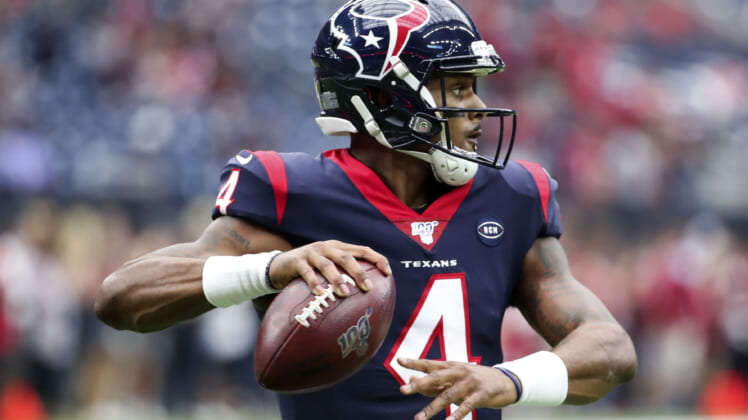 As the NFL world is focused on free agency, there’s still a very large domino that has yet to fall, and it doesn’t have anything to do with the unrestricted free agents. We’re talking about Deshaun Watson, and how the Atlanta Falcons have emerged as a strong contender for the three-time Pro Bowl quarterback’s services.

While reports of the Carolina Panthers, New Orleans Saints and Cleveland Browns all having interest in trading for Watson are likely true, the most important factor in these discussions is what the QB himself wants. He has a no-trade clause, which essentially gives him all the leverage in any trade talks this spring. It could just be that Watson will choose a team in the NFC South, but it could be the Falcons, for a multitude of reasons of which we’ll explain down below.

According to Dianna Russini of ESPN, Deshaun Watson personally got a hold of the Atlanta Falcons to let the franchise know he’s interested in joining the organization. It’s an important development. And as you can see from Adam Schefter’s tweet earlier, Watson already has some nostalgic ties to the Falcons in particular, from when he was a ball boy in which he built a bond with Falcons team owner Arthur Blank.

This is a development few anticipated, with Matt Ryan already reportedly agreeing to a contract restructure, though it is not official just yet.

The word is the Falcons are waiting to see if they actually need the cap relief that would come from a Matty Ice restructure before they officially send in the paperwork to the league office.

As noted, like Watson, Ryan also has a no-trade clause, which only complicates this matter even further. Yet, a team like the Colts may jump at the opportunity to add another veteran like Ryan to their QB room, they certainly have the cap space needed to complete a trade.

Related: Deshaun Watson expected to meet with Cleveland Browns next