Luis Castillo to the Atlanta Braves: How a trade might look 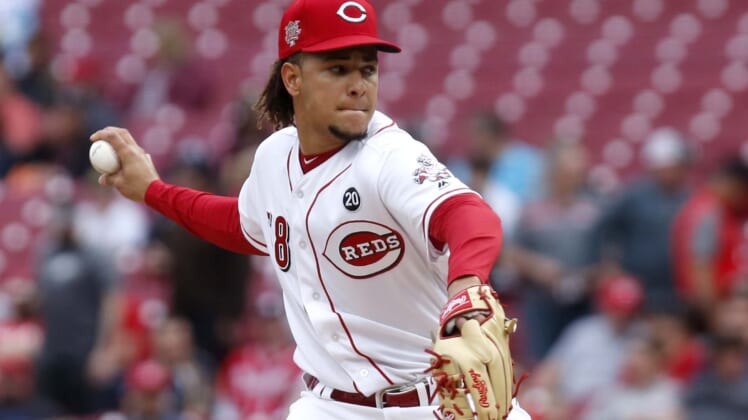 The defending World Series champion Atlanta Braves are apparently set to become active ahead of the Aug. 2 MLB trade deadline.

Atlanta finds itself at 58-40 and two games behind the New York Mets in the National League East. It has posted a 35-13 record since some initial struggles to open the season. With this new-found success comes a potentially active front office over the next week.

According to Jim Bowden of The Athletic, Atlanta would “jump at the opportunity” to land Cincinnati Reds ace Luis Castillo.

However, the ability of general manager Alex Anthopoulos to add another top-of-the-rotation arm could come in handy throughout the remainder of the regular season and heading into the playoffs. Castillo would fit that bill.

The question becomes whether acquiring Castillo from Cincinnati would be cost prohibitive for a Braves team that boasts a farm system ranked in the bottom four of baseball, per MLB.com.

Cost of a Luis Castillo trade to the Atlanta Braves

First off, it must be noted that Castillo wouldn’t be a rental. He’s under team control through one more arbitration season in 2023 and is earning a mere $7.35 million this year. This will up the price in any ask from Cincinnati.

With one of the worst farm systems in baseball, Atlanta would have to offer up some top prospects for the 29-year-old hurler.

This hypothetical trade would net Cincinnati two of the Braves’ top-three prospects in Muller (No. 1) and Shewmake (No. 3). Both are currently in Triple-A and could make their way to the Majors immediately.

A second-round pick of the Atlanta Braves back in 2016, Muller is pitching to a 2.96 ERA and 1.08 WHIP while striking out 117 batters in 94.1 innings at Gwinnett. He’d join youngster Hunter Greene as two long-term anchors in Cincinnati’s rotation.

As for Braden Shewmake, the shortstop was a first-round pick back in 2019 and has had a quick ascension up the minor league ranks. Add in the presence of the 23-year-old Strider (3.03 ERA, 1.05 WHIP for the Atlanta Braves this season), and this would be a nice package for Cincinnati.

In addition to picking up Castillo, the Braves also get a reinforcement in the outfield following the recent season-ending injury Adam Duvall suffered. It would make a ton of sense from the Braves’ perspective.