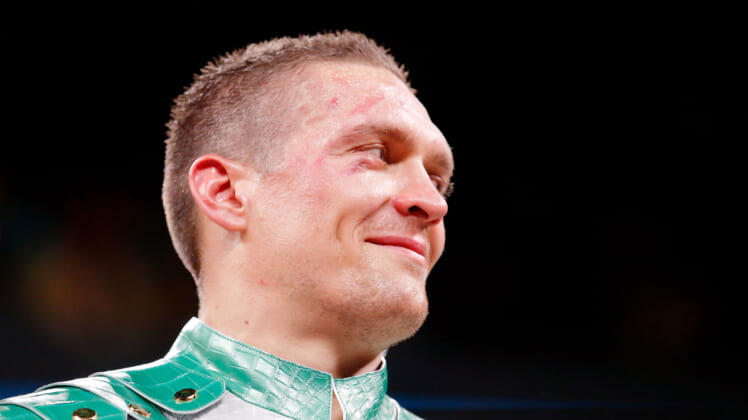 In an attempt to defend their nation from a Russian invasion, Ukraine has taken desperate measures over the last week to survive the onslaught from their aggressive neighbor. That includes drafting all male citizens aged 18 to 60 into military service. Fortunately for the second-largest nation in Europe, some of its armed additions are world-class athletes and fighters.

Five current and former combat sports champions have taken up arms and are now fighting on the front lines in Ukraine. Here are the heroic individuals that have willfully decided to risk their lives and careers in the conflict with Russia.

Outside of heavyweight superstar Tyson Fury, Oleksandr Usyk is universally viewed as the best heavyweight boxer in the world. Especially after he impressively defeated former champion Anthony Joshua in Sept. and unified three of the weight classes championships. A rematch with the Englishman was expected to occur later this year but that has all changed with the war in Eastern Europe.

Last week, the 35-year-old left his home in the UK and enlisted in the Kyiv Territorial Defense unit. He then posted a video on Instagram appealing to Russian citizens and calling for President Wladimir Putin to stop the invasion. 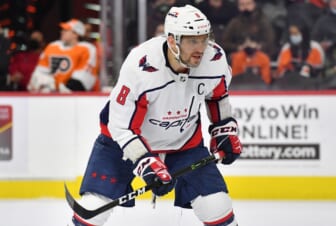 “If we consider ourselves as brothers, do not send your children to our country. Do not fight with us. Also, I’m addressing this to the president, Vladimir Putin. You can stop this war,” he said.

Vasiliy Lomachenko is one of the best pound-for-pound boxers on the planet. He is a former three-division titlist and has also won two Olympic gold medals. Last week, the 34-year-old left his home in Greece and returned to his native land to join up with a territorial defense battalion. He posted a picture on his Facebook page of his bold move as he wore military fatigues and carried a rifle.

Bellator welterweight champion Yaroslav Amosov has taken the promotion by storm over the last few years. The 28-year-old star is unbeaten after 26 fights and earned the welterweight division belt in June by beating former three-time champion Douglas Lima. However, his planned first title defense in May is now in jeopardy.

On Feb. 27, he posted a video to his Instagram account informing his followers about his intentions to remain in the country and help defend it against the Russian invaders.

“Greetings, probably, many will think that I ran away, I’m hiding or something like that, but this is not so,” Amosov said [translated by Ringside24]. “I took my family to the safe zone. Now I have returned and will defend this country as best I can, with what I can. Russia came to our house and started a war here, many people are dying – innocents, women, and children. We have to defend this country. And we will succeed because the truth is behind us.

Even before Usyk, Lomachenko, and Amosov joined the fight to defend Ukraine, retired heavyweight legends the Klitschko brothers had already enlisted with military forces in Ukraine.

They were two of the best heavyweight boxers in the world during the first two decades of the 2000s. Kyiv Mayor Vitali Klitschko, 50, held the WBO and WBA titles during his career and was known for his punching power and unbreakable will. While a Wladimir Klitschko uppercut proved destructive in helping Vitali’s younger brother win the WBA, IBF, WBO, and IBO titles during a storied career in the sport. 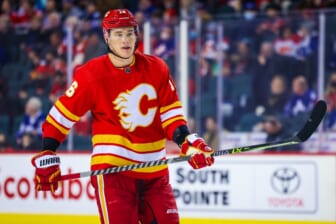 Both men served in the military before beginning their fighting careers and have been the faces of sports in the country for nearly 30 years.