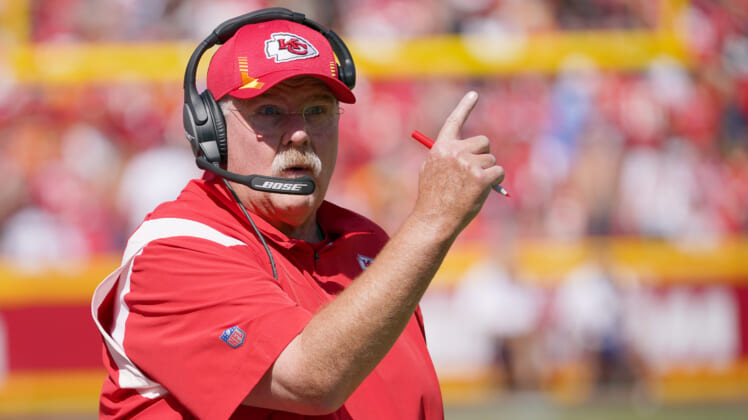 Kansas City Chiefs head coach Andy Reid was looking to earn his 100th win as the top dog for the two-time defending AFC champions Sunday against the Los Angeles Chargers.

That did not come to fruition with Kansas City losing by the score of 30-24 after turning the ball over a whopping four times.

But this is in no way the story after the Chiefs fell to a surprising 1-2 on the season. Reid, 63, was feeling ill throughout the game inside Arrowhead Stadium.

According to multiple media reports, Reid ended up leaving the venue in an ambulance.

“Chiefs announced Andy Reid was feeling ill, so he did not address media out of caution. I can confirm he left the stadium in an ambulance. Players didn’t know he wasn’t feeling well and were told he should be ok. Everything is pointing toward the Chiefs taking every precaution,” NFL Media’s James Palmer reported.

As noted, it seems to have been more of a precaution. Reid did talk to his team in the locker room before exiting Arrowhead.

“I’m praying for my Head Coach & I’m hoping you can send up prayers with me!! One of the best men & teachers I’ve been around!!! GOD please show us your mercy,” Mathieu wrote on Twitter.

We will obviously have updates on Andy Reid and his condition when they become available. For now, everything seems to be alright.