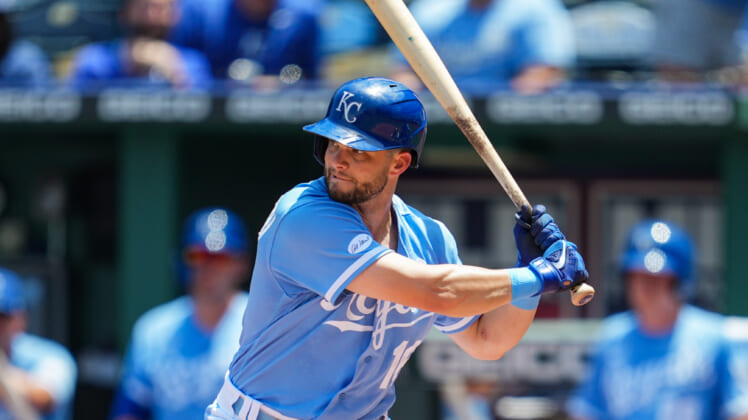 Many thought Kansas City Royals outfielder Andrew Benintendi damaged his trade market by being unvaccinated, barring him from playing in Toronto. However, it appears that won’t even be a barrier for American League teams who might face the Blue Jays in the MLB playoffs.

Canada, just like the United States, adopted rules forbidding any nonresident from entering the country if they aren’t fully vaccinated against COVID-19. As a result, Benintendi and nine teammates weren’t able to play with the Royals for their trip to Toronto.

It instantly sparked debate about the potential impact on Benintendi’s trade value. The Blue Jays are a playoff contender and if they host all three games in an AL Wild Card series, their opponent wouldn’t have Benintendi for the entirety of the matchup unless he got vaccinated.

This would be the worst-case scenario for Kansas City. Many of the MLB teams needing to improve their outfield are in the AL and Benintendi’s trade value is already impacted because he is a half-season rental. Fortunately for the Royals, it appears the All-Star’s unvaccinated status isn’t a problem.

According to Mark Feinsand of MLB.com, multiple MLB teams remain interested in acquiring Benintendi and that includes clubs in the AL East.

The list of teams reportedly even includes the Blue Jays, with a belief internally that Benintendi would get the COVID-19 vaccination if he was traded to Toronto. When previously asked by reporters if he would get the vaccine, Benintendi said his decision to remain unvaccinated was a “personal choice’ and he wouldn’t elaborate further.

Toronto is only allowed to acquire Benintendi if he gets vaccinated, so any deal for him would likely come after the received a shot. As for other AL East clubs, they would have Benintendi immediately and he would have several weeks before needing to be fully vaccinated.

With several AL teams back in the mix, the Royals should net a massive haul in return for their star outfielder.