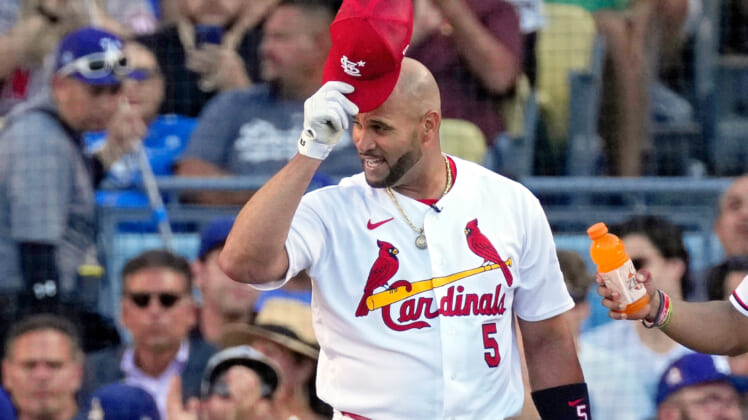 An 11-time All-Star and future first ballot Hall of Famer, Albert Pujols is making his final appearance in the Midsummer Classic this week in Los Angeles.

The festivities started Monday night with the 2022 MLB Home Run Derby from Dodger Stadium where Pujos was taking part in his final derby.

At 42 years old, there was no expectation that Pujols would come out on top against those who are in their prime. Once the 21-year-old Julio Rodriguez belted 32 homers in the first round, that was magnified even further.

Going up against Kyle Schwarber in the first round, Pujols nailed 20 total homers. He ended up defeating Schwarber in stunning fashion.

Prior to the first-round win, All-Stars at hand inside Dodger Stadium took time to pay homage to Albert Pujols after his turn at the plate. For those who have followed Pujols’ career dating back to 2001 with the Cardinals, it was a special sight.

This is just an awesome scene. To put Pujols’ excellence into context, he made his MLB debut back on April 2 of 2001. The aforementioned Rodriguez was born mere months before.

To say that Pujols has had a career for the record books would be an understatement.