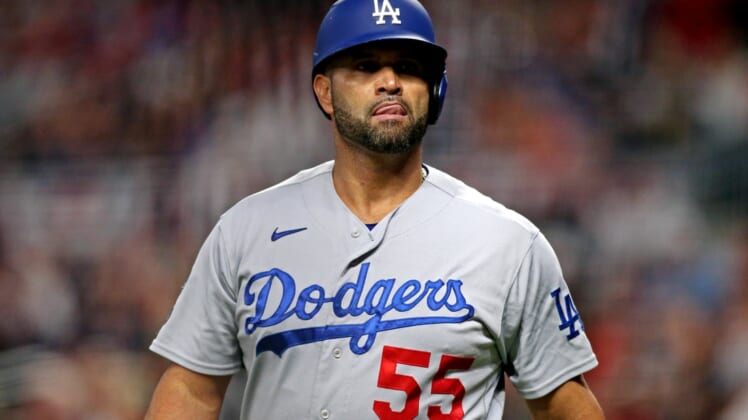 First baseman Albert Pujols won three Most Valuable Player awards in his 11 seasons with the St. Louis Cardinals, and after 10 seasons in Southern California, Pujols is apparently returning to St. Louis.

Several media outlets reported Sunday night that Pujols and the Cardinals have settled on a one-year contract that is worth $2.5 million.

The return of the designated hitter to the National League could provide Pujols with opportunities against left-handed pitchers, as well as the pinch-hitting role he filled at times last season with the Los Angeles Dodgers.

Pujols sits fifth all time in homers with 679 and third in RBIs with 2,150 over a career that included nine-plus seasons with the Los Angeles Angels and most of last season with the Dodgers. He played for the Cardinals from 2001 to 2011.

He is a career .297 hitter with an on-base mark of .375 and a .544 slugging percentage. After making the All-Star team in nine of his 11 seasons with the Cardinals, he was named just once with the Angels after signing a 10-year deal worth about $250 million following the 2011 season.