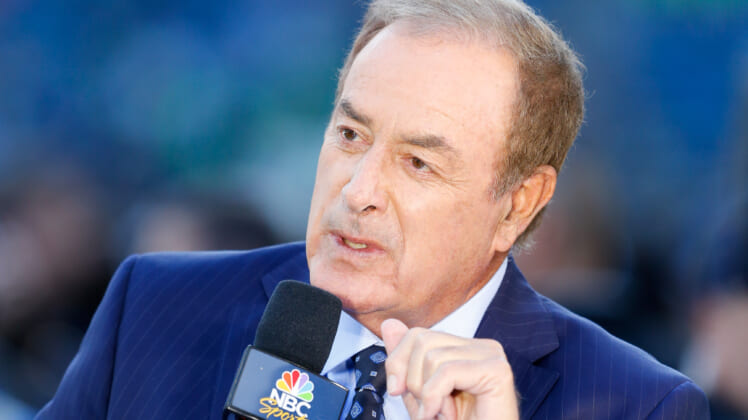 When Al Michaels walks out of NBC’s broadcast booth following Super Bowl LVI, the 77-year-old sportscaster will find himself at the center of a bidding war for his iconic voice.

Michaels returned to NBC Sports in 2006 following two decades with ABC Sports (1976-2006). While many believed he would retire by the time the 2022 NFL season rolled around, Michaels is prepared to remain in the broadcast booth next fall for his age-78 season.

While there is still some uncertainty about what NFL games Michaels will be calling next season, he isn’t remaining with NBC. Andrew Marchand of the New York Post recently detailed the upcoming offseason for one of the most iconic voices in sports. NBC is pushing its legendary sportscaster away, implementing a succession plan with Mike Tirico partnering with Cris Collinsworth.

Amazon, the exclusive broadcaster of Thursday Night Football moving forward, has long been viewed as the favorite to land Michaels. But ESPN is making its own push, coveting a return for Michaels to the Monday Night Football broadcast booth. However, Amazon might have two key advantages. 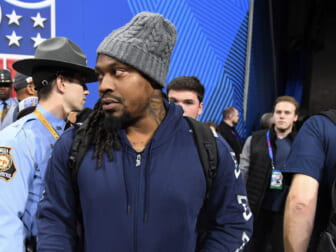 While the salary wouldn’t make him the highest-paid broadcaster in sports (Tony Romo, $18 million per season), it represents a raise and a significant opportunity. Michaels could work the broadcast booth for the TNF games and Amazon would also have him call its one playoff game.

While there is more attention given to NFL free agency this offseason, TV broadcasts should see unprecedented movement this year with Michaels and Troy Aikman both free agents.