This latest leak comes well after Schefter reported, on the opening evening of the 2021 NFL Draft, that Rodgers wanted out of Green Bay.

Now that the start of training camp for Packers veterans is nearly one week away, this seems like another calculated leak from Rodgers, and it’s the latest example of how incompetent Green Bay’s front office is.

It’s laughable at this point. Rodgers has made it clear, in no uncertain terms, that he doesn’t want to play for the Packers unless they shake up their leadership of CEO Mark Murphy and GM Brian Gutekunst. Obviously, that’s not going to happen.

Instead of saving face and trading him, Murphy and Gutekunst seem to be in some sort of fantasy land or in downright denial about just how much Rodgers detests them. Congrats, gents. You’ve clowned yourselves once again.

Rodgers’ mind was made up a while ago, when Green Bay decided to trade up for Jordan Love without giving the veteran a heads up. 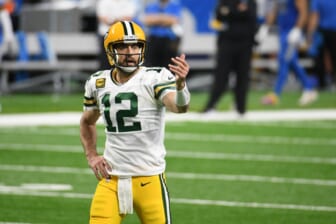 Murphy and Gutekunst are paid millions of dollars to decide who should be on the Packers’ roster, and you’d think, build honest, trustworthy relationships with those players. They apparently have thrown all that out the window when it comes to Rodgers, and are holding him hostage at this point.

An extension to make him the highest-paid player in the NFL was too little, too late. It doesn’t matter how long ago this offer was made. The writing is on the wall: Rodgers wants out.

If the most money paid to any player isn’t enough to smooth things over, what could Green Bay possibly gain by hanging onto Rodgers?

Rodgers seriously hurt the Packers’ hopes of getting a huge haul for him in a trade. Sure, teams will still give up a fair amount to get him, but the asking price won’t be what it was before.

Why is that? Because now, if Green Bay waits too long, with everyone in the NFL knowing that Rodgers won’t play for the Pack regardless of how expensive any contract extension is they offer him, the value will just continue to plummet.

Don’t underestimate the rigid stupidity of this front office, though. They could just hang onto Rodgers out of spite. 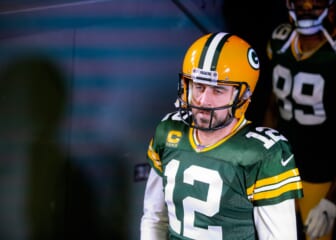 Rodgers won’t sign an extension, and to date, the Packers outright refuse to trade him. Both sides lose here. Green Bay should still be able to fetch at least one first-round pick and a proven player for Rodgers, and should probably make that deal sooner rather than later.

Otherwise, this circus will continue to plague the franchise into the 2021 campaign and put undue, added pressure on Love as he prepares to take the reins as starter.

Maybe he’ll continue to play under his current contract just so he doesn’t get locked into the team for the long haul, but what would Rodgers gain from that? He’d be playing for an organization he no longer wants to be a part of, and tensions would be perpetually high.

Murphy and Gutekunst just need to be honest with themselves. They blew it with Rodgers. They drafted Love to play before his rookie contract ends. Time to rip the Band-Aid off and give us one of the most exciting trades in NFL history.