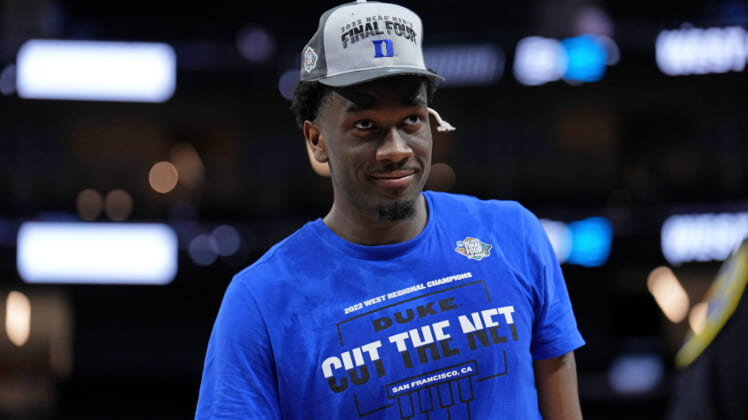 AJ Griffin is arguably the best shooter in the 2022 NBA Draft. In his lone season at Duke, Griffin was a highly efficient player on the offensive end who flashed an ability to shoot off the dribble.

Griffin has a plug-and-play skill set. At 6-foot-6, he should be a reliable shooter with the upside to become a respectable shooting scorer at the next level. Here are three ideal landing spots for Griffin relative to where teams are selecting.

The Knicks don’t have a clear-cut way to go with the No. 11 pick, and they’re deep out on the wing. On the other hand, there are moves that can be made to clear out a rotation spot for Griffin (e.g. trading Alec Burks and/or Cam Reddish), who would be a savvy selection for New York.

The Knicks need shooting around RJ Barrett, who’s quite possibly the team’s new centerpiece. With Barrett primarily getting his points through attacking the rack, Griffin can live out on the perimeter. His efficient outside shooting and ability to occasionally put the ball on the floor would complement both Barrett and Julius Randle.

All that said, the Knicks could have a healthy Reddish, a former lottery selection, be their backup small forward and use the first-rounder on another part of their depth chart.

Outside of hiring a new head coach, the Hornets’ offseason should revolve around re-signing Miles Bridges, who’s coming off a breakout season and making a reliable offense elite. Griffin gets them a step closer to that echelon.

Charlotte has a lot of raw scorers and/or players capable of wreaking havoc off the dribble. Yes, they were one of the better shooting teams in the NBA this season, but that was also the result of getting up a lot of shots from said range. There’s also the possibility of the Hornets trading Gordon Hayward this offseason. Given that they’ll have to pay up for Bridges this offseason. 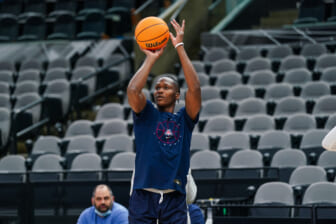 Griffin gives the Hornets an efficient shooter, more perimeter depth, and someone who could eventually allow the likes of LaMelo Ball and Terry Rozier to play with more aggression. Griffin, James Bouknight, Cody Martin (if re-signed), and Jalen McDaniels would make for a high-octane bench corps of players who can score in varying ways.

The factor that could stop the Hornets from targeting Griffin is them putting faith in Bouknight — one of their two first-round selections last year — and making him a high-minute rotation player next season.

The Cavs were the surprise team in the East this season, but they tapered off down the stretch and were eliminated in the NBA Play-in Tournament. Long-term fixtures like Darius Garland and Evan Mobley are in place. Now it’s a matter of Cleveland building a complementary operation. Drafting Griffin fits that aim.

Cleveland was a middle-of-the-pack jump-shooting team this season, as Isaac Okoro settled in as an athletic finisher and the team sported a frontcourt with three players 6-foot-10 or taller. Furthermore, Caris LeVert was underwhelming after coming over in a midseason trade with the Indiana Pacers. Griffin helps Cleveland address an area of need. 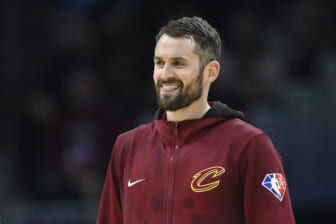 One way or another, Griffin gives the Cavs a reliable outside shooter who can start in a pinch and has upside. He’s only 18.