3 bold predictions for the NASCAR weekend at Bristol

NASCAR travels to Bristol with much on the line as each series has something worthy to fight for hard. Let's dive into three bold predictions for the weekend. 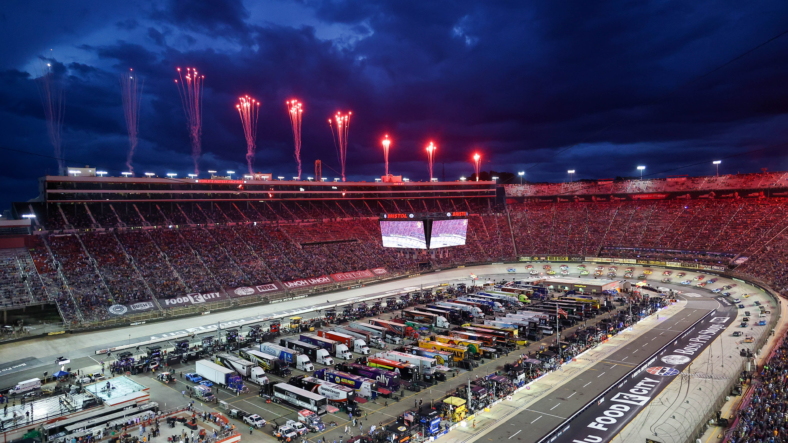 NASCAR heads to Bristol Motor Speedway as its three series each face critical moments in their respective seasons. There are many scenarios across every series that would be shocking for the sport.

The NASCAR Truck Series will race on Thursday night for the first event of the Round of 8. The series just completed its Round of 10 at Kansas Speedway which eliminated Carson Hocevar and Matt Crafton from playoff contention.

Now, drivers will fight to clinch a spot in the illustrious Championship 4. It will be the first opportunity for a driver to know they will for sure be fighting for a championship in one and a half months.

However, the bold prediction for this weekend will be a non-playoff driver winning the Truck Series race. There will not be a driver who wins their way into the Championship 4 yet.

There are many strong non-playoff drivers, such as Corey Heim, Parker Kligerman, Tyler Ankrum, Derek Kraus, and those previously eliminated. One of them will take the checkered flag.

One of them might win their first career Truck Series race but it would not be the only first-time winner of the weekend.

The NASCAR Xfinity Series will finish up its regular season on Friday night when the checkered flag waves as playoff spots are secured and the regular season champion is crowned.

Well, there will be another major celebration when Riley Herbst secures his first career victory in one of NASCAR’s top three levels. Herbst is having his best season in NASCAR yet and a win would help build momentum.

Herbst finished in third place behind A.J. Allmendinger and Austin Cindric in the classic late-race finish last season. The 23-year-old driver won’t dominate the event, but he will have enough in the tank to pull off the stunner.

There has been a drastic improvement from Herbst this season, as stated above. He is currently tied for the fifth-most top-10 finishes over the course of the regular season. There is no doubt Herbst can make the Round of 8.

However, there is doubt over whether a specific driver in the NASCAR Cup Series can make it past the first round of the series playoffs.

Ross Chastain misses the Round of 12

The NASCAR Cup Series enters the race at Bristol Motor Speedway looking to find out who will represent the 12 drivers in the Round of 12. Only one driver is locked in entering the weekend and that is Christopher Bell.

However, there are scenarios for the other 15 playoff drivers to find themselves eliminated at the end of the night. One of those drivers is Ross Chastain and he will be the surprise driver to be eliminated in the Round of 16.

Chastain had a very good entrance to his 2022 season but started to falter before the playoffs hit. While the 29-year-old driver sits 26 points above the cut-line, he has made many enemies over the course of the year.

This is the first race that has truly mattered when it comes to who is advancing to the next round. Many drivers have been waiting for an opportunity to pay Chastain back and this is when that first wave will begin.

Chastain will miss the Round of 12 due to an incident that takes him out of the event. It will be a shocking turn of events and unexpected; however, that is why it is smart to race clean over the course of the season.