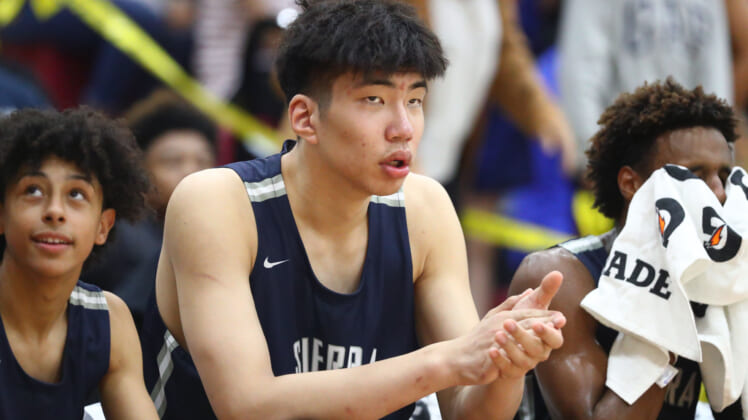 As the 2022 NBA Draft gets close, Harold Yu is a name you may begin to hear more and more. But who is the Chinese prospect, and is he the next Yao Ming?

Yu Jiahao, AKA Harold Yu, was a relative unknown to most fans but that is likely to change. Ignorance of this particular international prospect isn’t surprising since the 19-year-old hasn’t played at the collegiate level. However, that doesn’t mean he hasn’t been surrounded by high-level young talents or played in the United States.

Yu actually landed on American shores in 2018 as a foreign exchange student. The son of a 6-foot-6 mother and a 7-foot-2 father came to the US for a very special opportunity. And that was to play with the best high school basketball program in the nation, Sierra Canyon. A school that has been the training ground for the sons of former NBA stars Scottie Pipper, Kenyon Martin, and Dwayne Wade. As well as Bronny James, the son of Lebron James.

Related: Sportsnaut 2022 NBA mock draft – Projections and analysis for Round 1 & 2

Harold Yu played a season in the Chinese Basketball Association

However, unlike Pippen, Jr., Martin, Jr., and Bronny James, Yu is not just another talented guard and wing prospect. No, the Hangzhou, China native is drawing attention heading into June’s annual event because he is a skilled player who is 7-foot-3, and 300 pounds.

Considering his size and background, there are obvious comparisons to eight-time NBA All-Star, and Chinese sports icon, Yao Ming. Unsurprisingly, the 7-foot-6 former Houston Rockets star was an idol to Yu in his youth, and based on how he has looked in various training videos (like the one above) he certainly does move around the basket smoothly just like Yao. 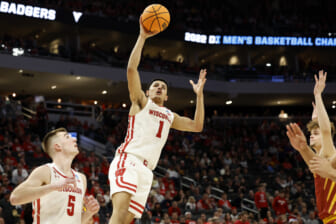 “I got to meet [Yao Ming] once and it was the first time I was meeting someone who was bigger than me,” Yu told Yahoo Sports with a laugh in 2020. “He really just encouraged me to keep working and get better every day and that means a lot.”

The one-season veteran of the Chinese Basketball Associations Zhejiang Chouzhou worked out at the league’s pro day on Saturday and drew the attention of ESPN NBA Draft expert Jonathan Givony because of the skill he showed as a player of such massive size.

Like his idol, reports say he has a strong mid-range game, touch around the rim, and has looked impressive in screen and roll sets. Yu has also shown off a solid and reliable hook shot. Key skills needed to play at the next level. Especially, in an era of the NBA that is geared toward guard play and strong shooting skills from every position.

However, unlike Yao, Yu’s defensive skills are a major work-in-progress. As he needs a lot more experience and against better competition. In the CBA this past season, he average 1.6 blocks. Solid for the CBA, but Yao averaged close to two blocks a game for much of his career facing the best competition in the world. 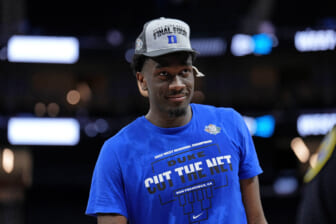 The Rockets great was also a far more polished and older player, who jumped right into the league and was able to contribute from day one. His rookie season All-Star honors are the proof.

At this point, it is unclear where Harold Yu could be taken in the 2022 NBA draft. When factoring in his experience thus far and his age, chances are Yu could be selected midway through the second round as a long-term project for a team not in a win-now situation.