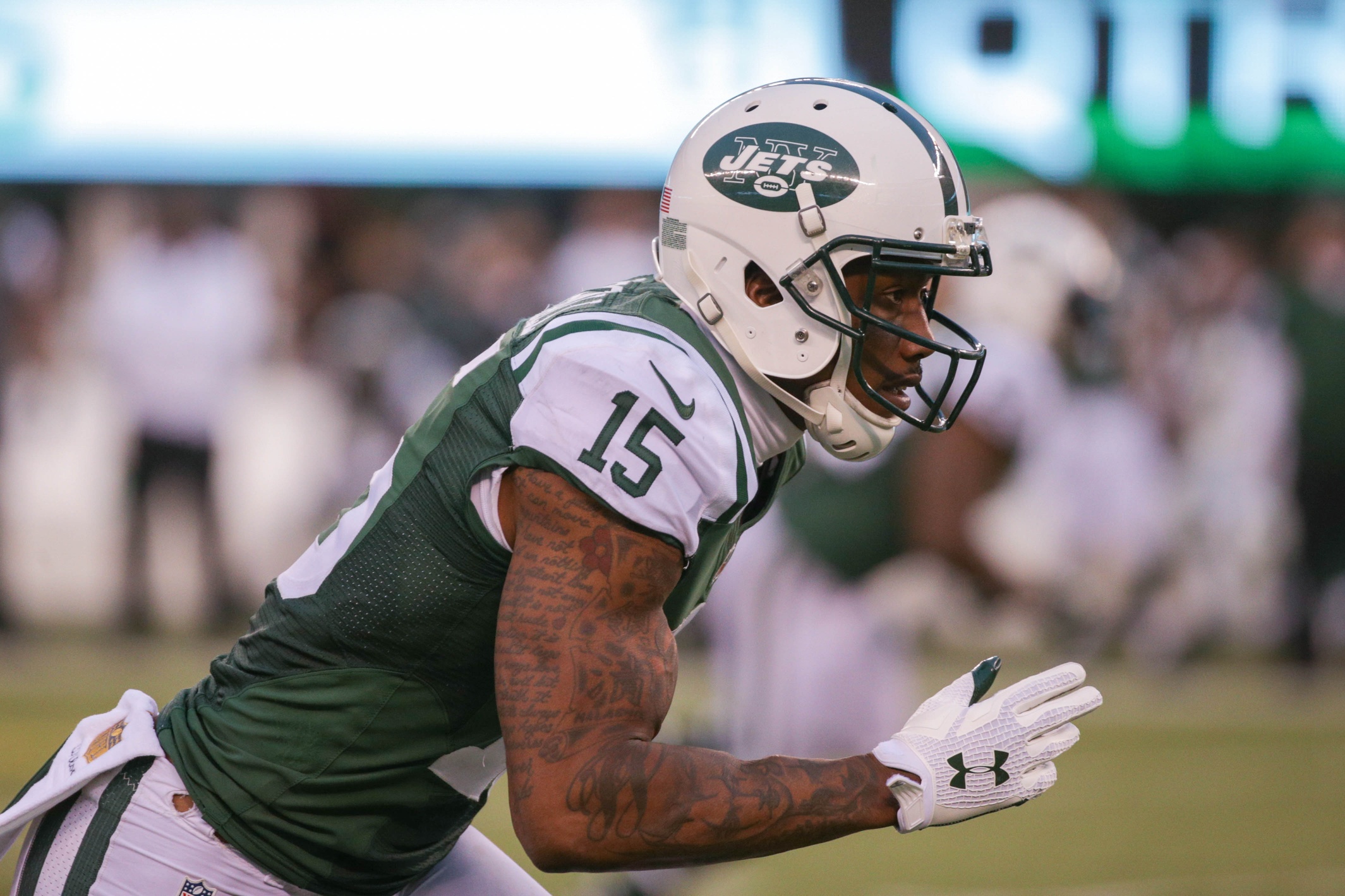 Brandon Marshall continues to be Ryan Fitzpatrick’s greatest advocate for a return to the New York Jets in 2016.

Speaking with reporters Tuesday night at the New York Athletic Club in Manhattan, where he received a humanitarian award, Marshall gave a three-word response to the question of whether or not Fitzpatrick would be back with the Jets for the upcoming NFL season.

“He better be,” Marshall said, per Brian Heyman in a special for Newsday.

The quarterback and the brass in New York continue to be far apart in contract talks after his career year playing for Gang Green. Fitzpatrick hasn’t gotten the interest he likely thought he would on the open market and has lost leverage because of it. The Jets are offering just over $7 million per year, per the New York Daily News.

The stalemate has now dragged on for four weeks, and at this point there is no end in sight. That said, it’s in Fitzpatrick’s best interest to get back in with the Jets, even if he doesn’t get the money he was originally seeking.

He put up career-best passing numbers in yardage (3,905) and touchdowns (31) last year, mainly because of his fit in offensive coordinator Chan Gailey’s system and because of receivers Marshall and Eric Decker. The two big-bodied receivers combined to catch 189 passes for 2,529 yards and 26 touchdowns.

Marshall himself also hauled in a career-best 14 touchdowns and came close to matching his best numbers in receptions (109) and yards (1,502).

Therefore it’s no wonder he desperately wants to reconnect with Fitzpatrick so they can continue making Fitzmagic together. He even made a wonderfully silly video involving a teddy bear recently to let the Jets know how he feels about this situation (watch here).

With team workouts about to commence in a couple of weeks, it’s in the best interest of both parties to get a deal done. Fitzpatrick must realize he has zero leverage at this point to make the kind of cash he saw some of his younger peers haul in earlier in free agency. It’s time to sign on the dotted line and get back to the grind.