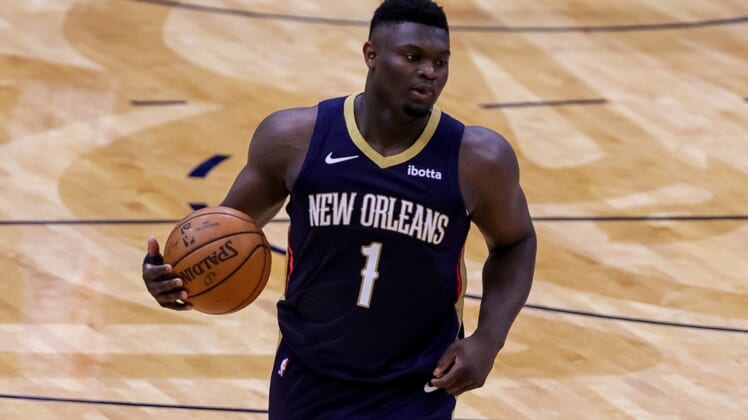 The New Orleans Pelicans announced Friday that young superstar Zion Williamson fractured his left ring finger and is out indefinitely.

Williamson was coming off an electrifying performance against the Golden State Warriors in which he had 23 points, 12 rebounds and seven assists in the Pels’ 108-103 victory.

This is a devastating situation for New Orleans, who as of this writing sits 1.5 games behind San Antonio for 10th place in the Western Conference.

Due to the new NBA playoff format, the teams that finished seventh through 10th in each conference enter a play-in tournament to determine the final two postseason seeds.

Any chance the Pelicans had of qualifying for that tourney probably dried up once Williamson’s injury news broke.

After being eased into action with 24 games played as a rookie, Williamson has taken on a heavier workload this season and has proven fully capable of handling it. The 2019 NBA Draft’s No. 1 overall pick averaged 27 points, 7.2 rebounds and 3.7 assists across 61 games in 2020-21.

The Pelicans will play Friday without Williamson against the Eastern Conference-leading Philadelphia 76ers. They only have six games remaining to catch the Spurs in the standings for 10th place.