Zach LaVine no lock to re-sign, contract with Portland Trail Blazers could be in play 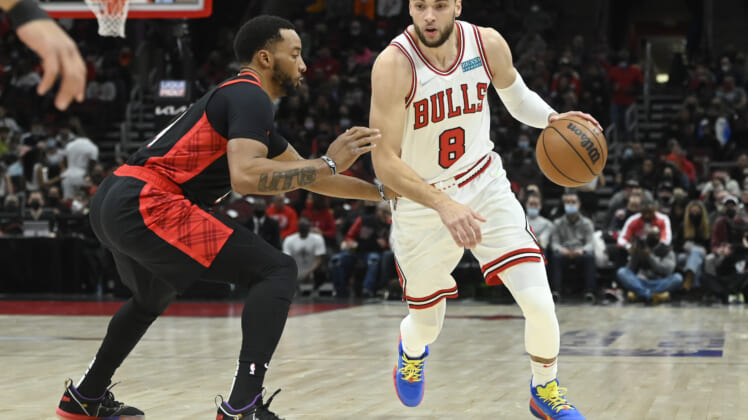 As the NBA Playoffs rage on, the teams who have already been eliminated from play are making offseason plans. With free agency likely opening up shortly after the NBA Finals in late June, one of the top players on the market is two-time All-Star Zach LaVine.

After finally reaching the playoffs with the Chicago Bulls for the first time in his eight-year career, many would be led to believe LaVine may not want to suddenly leave the first chance he gets.

On the other hand, a team that was once his, instead has DeMar DeRozan as the face of the franchise after receiving MVP consideration. This alone could lead to LaVine deciding to play elsewhere, even if it means taking a smaller contract in the end.

If he stays with the Bulls, LaVine can sign a deal worth $212 million over five years. If LaVine decides to sign elsewhere, he is only eligible for a four-year, $157 million contract, still pretty damn good.

The point is, this is LaVine’s first opportunity to truly choose where he wants to play, and there are likely to be several suitors for his services.

27-year-old explosive three-level scorers don’t hit free agency every year and so when a talent such as LaVine become available, teams will do what it takes to clear cap space.

One team who wouldn’t have to clear anything off the books is the Portland Trail Blazers. Which, according to Brian Windhorst, could make sense as a possible free agency destination for LaVine, as he noted on his Hoop Collective podcast around the 22-minute mark.

After clearing salaries off their 2022-23 books thanks to several trades last season, the Blazers are now in a position to add a top talent to go with Damian Lillard and Anfernee Simons. First, they have to determine how much Simons is worth, as he’s set for restricted free agency.

On one hand, fitting LaVine next to Lillard could work well, but it also gives too many reminders to the unspectacular results when Dame was paired with CJ McCollum. Are the Blazers really ready to go down that path again?

We’ll find out later this summer.