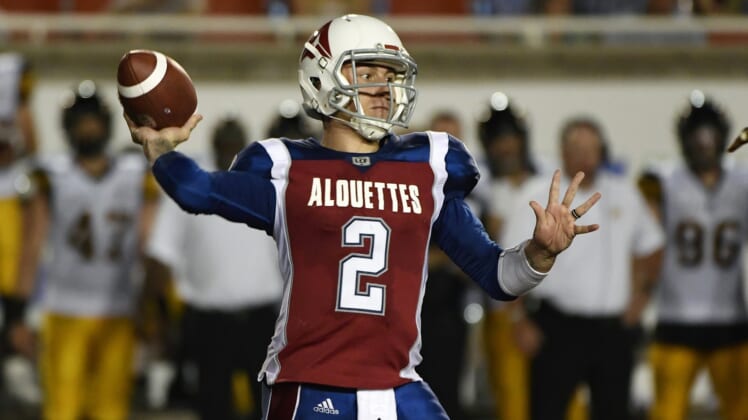 When the XFL concluded its draft, many football fans wondered how players like Johnny Manziel and Trent Richardson didn’t hear their names called in the draft. As commissioner Oliver Luck put it, neither player was viewed as good enough to be drafted by any of the teams.

In an interview with The Tampa Bay Times, Luck opened up about the creation of the league, what fans can expect in the 2020 season and detailed why several marquee names didn’t get drafted.

“I would argue that the players we have are better than those guys, to be honest with you. Johnny has his own history, and we have coaches from the CFL (Canadian Football League) who have seen him close up,” Luck said, via The Tampa Bay Times. I watched Trent when he was with the Colts, and I watched him when he was with the AAF. He was in the draft pool. Coaches and scouts looked at him and didn’t think he was going to help their team. I think the guys we have on our teams are the best 560 that aren’t playing in the National Football League.

Luck obviously carries an extensive background in football and the XFL has done an excellent job bringing in quality coaches for the league. So while other leagues, including the defunct Alliance of American Football, gave these players chances, the XFL doesn’t believe Richardson and Manziel are good enough for a roster spot.

There could reportedly be another supplemental draft in January, which would give Manziel and Richardson one more opportunity to be drafted potentially. Based on Luck’s comments, though, it seems unlikely we see either play in the league as of now.

Just days after the NFL made it clear it has moved on from free-agent quarterback Colin Kaepernick, even after an impressing in a recent workout in front of teams, the veteran quarterback seemingly won’t have the XFL as an option either.

Luck said the XFL never considered him as a possible option given his high asking price.

“I think his salary demands are way out of our ballpark,” Luck said, via The Tampa Bay Times. “He was never really a viable option.”

While Kaepernick was able to help another player land an NFL job, it’s clear he won’t get a chance to prove himself in the XFL with the hope of one day returning to the NFL.