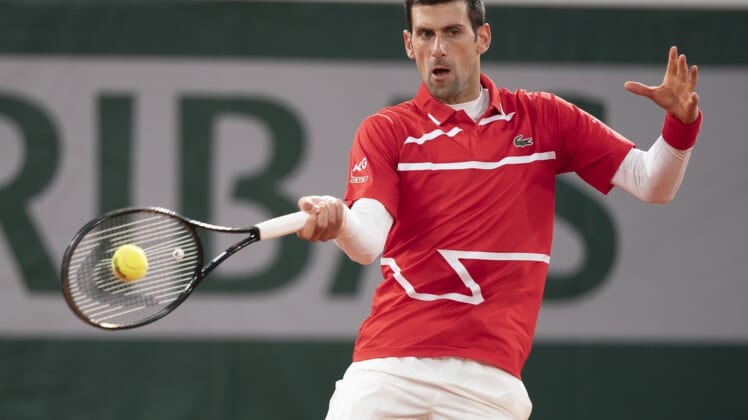 World No. 1 Novak Djokovic said Friday that he won’t play in the Miami Open, which begins on Tuesday.

“Dear fans, I’m very sorry to announce that this year I won’t travel to Miami to compete,” Djokovic announced on Twitter. “I decided to use this precious time at home to stay with my family. With all restrictions, I need to find balance in my time on tour and at home. I look forward to coming back next year!”

The Serbian’s absence leaves the event without all three of the sport’s biggest names. No. 3 Rafael Nadal (back) of Spain also pulled out earlier this week, while No. 6 Swiss Rodger Federer (knee) pulled out more than 2 1/2 weeks ago.

No. 4 Dominic Thiem of Austria also pulled out this week, saying he wanted to prepare for the upcoming clay-court season.

Russian Daniil Medvedev, who moved up to No. 2 earlier this week, will become the tournament’s top seed.

The championship match is slated for April 4.

Read More: Novak Djokovic passes Roger Federer for most weeks at No. 1