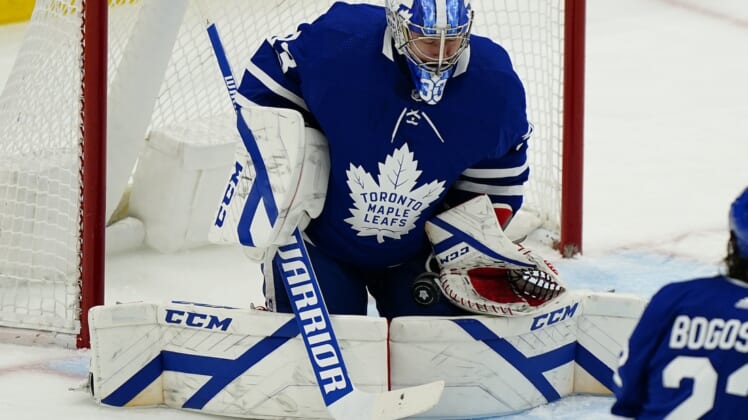 Mark Scheifele added a goal and two assists for the Jets, who have won five of their past six games. Neal Pionk added two assists.

Connor Hellebuyck made 31 saves for Winnipeg.

John Tavares had a goal and an assist for the Maple Leafs, who have lost three straight. Alex Galchenyuk also scored for Toronto.

Toronto goaltender Jack Campbell allowed three goals on six shots before being replaced by David Rittich in the first period. Rittich made 16 saves.

The Maple Leafs played without Auston Matthews (upper-body injury), who leads the NHL with 32 goals.

The Jets led 3-1 after scoring three straight goals in the first period.

Galchenyuk scored at 3:41 on a shot from the slot that deflected off Hellebuyck’s blocker, into the top left corner and just as quickly popped out. Play continued for several seconds before a video review determined that it was a goal. It was Galchenyuk’s third of the season.

The Maple Leafs could not score when they had a two-man advantage for one minute, 11 seconds.

The Jets then struck for three goals on three shots in a span of 3:09.

Ehlers scored nine seconds into a power play on a shot from the left circle at 10:45. Zach Bogosian was off for interference.

Connor scored 27 seconds later from the left circle. Scheifele set him up with a cross-ice pass.

Scheifele scored his 17th on a breakaway at 13:54 and Rittich replaced Campbell.

Tavares scored his 14th goal of the season at 6:47 of the second period. Jason Spezza was in the right corner when he made the pass that went across the goalmouth.

Ehlers scored his 20th goal at 5:34 of the third period. He took the puck from Mitchell Marner in the Toronto zone and poked it past Rittich.